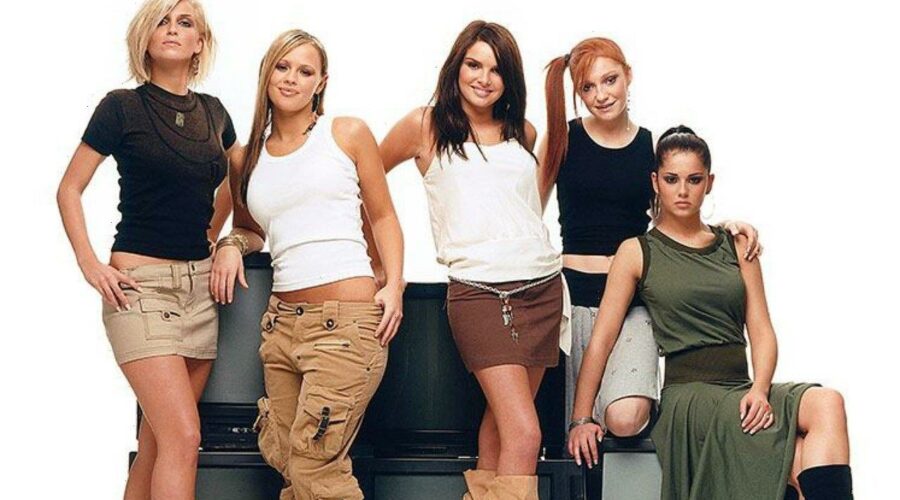 The award-winning girl group makes their first public appearance since the death of their bandmate, who passed away from cancer back in 2021 at the age of 39, at the Race For Life for Sarah charity event.

AceShowbiz –Girls Aloud have reunited for the first time in nine years in memory of Sarah Harding. Making their first public appearance since the death of their bandmate, who passed away from cancer back in 2021 at the age of 39, at the Race For Life for Sarah charity event in London on Sunday, July 24, the BRIT award-winning girl group consisting of Nicola Roberts, Cheryl Cole and Nadine Coyle posed for pictures before they completed a 5km circuit for Cancer Research.

“I had such a gorgeous day seeing and catching up with you all. You made it easier and much better,” Cheryl wrote on Instagram alongside a snap of the girls. “Sarah would be so happy! Thank you from the bottom of my heart for coming together to try and fight this! I love you.”

Fellow member Kimberley Walsh also took part in the fundraiser but was unable to attend in person so completed the challenge remotely and appeared via video link on Nicola’s phone as they started the race by sounding air horns.

The appearance came after it was announced that “The Promise” hitmakers, who shot to fame as the winners of ITV talent competition “Popstars: The Rivals” back in 2002 and last performed together on their “Ten: The Hits Tour” back in 2013, are to reunite for one night only as part of a fundraising event in Sarah’s memory.

Back in April, Nadine said, “We’re planning a night for an event to raise money in honour of Sarah. She’s very much in the forefront of our minds. We want to raise money for a piece of medical equipment that helps diagnose cancer earlier so people can be treated. We definitely want to do something to help others.”