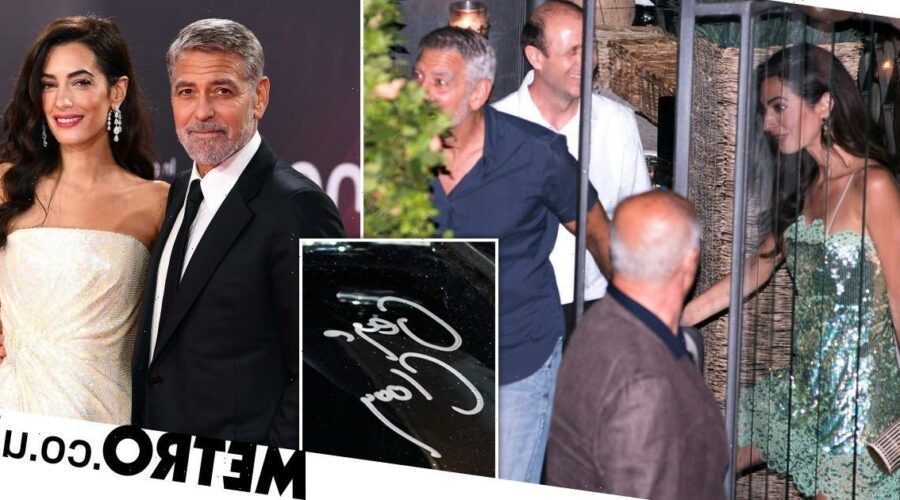 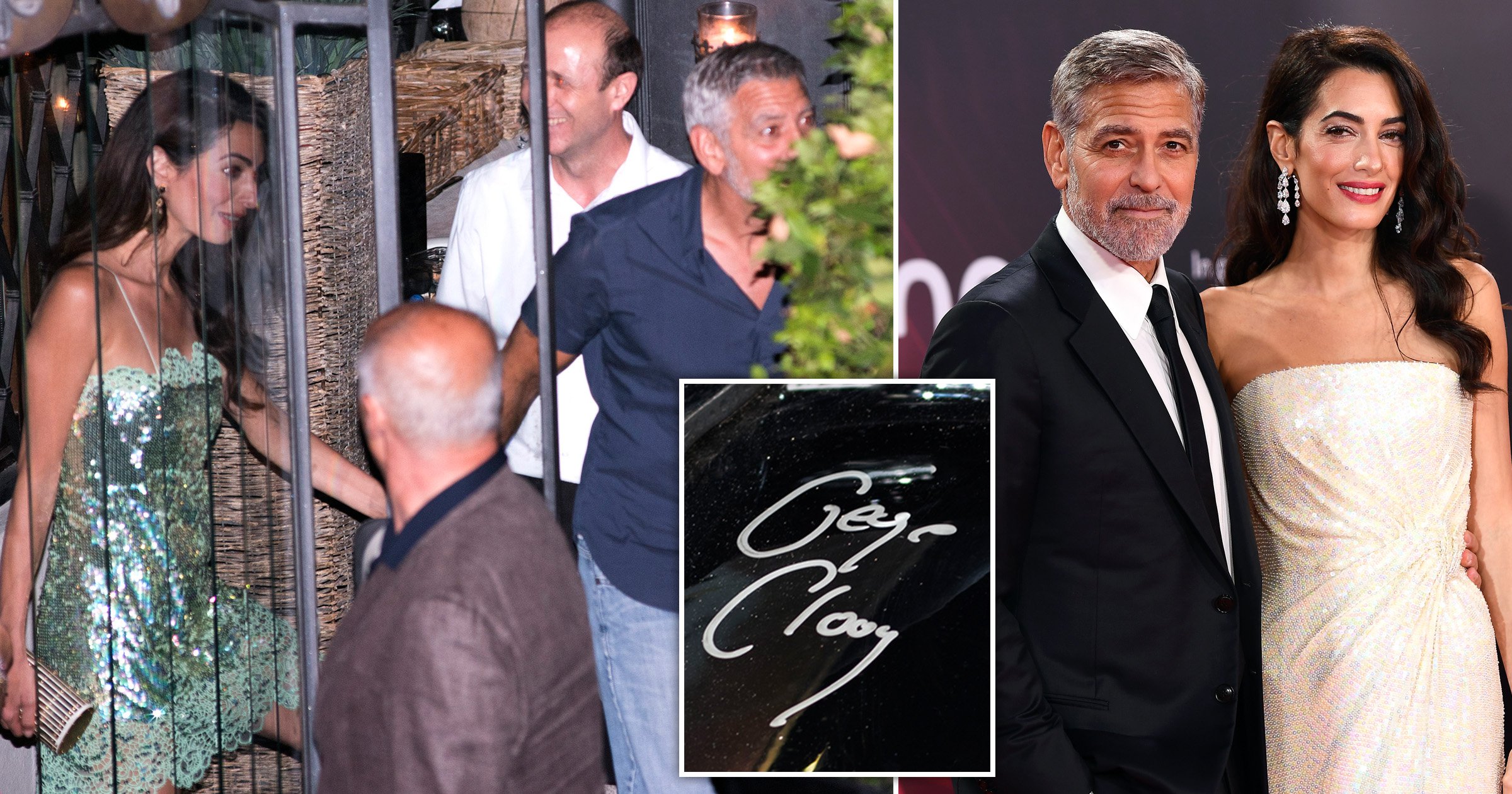 Amal Clooney stunned in a green sequin mini dress on a night out in Lake Como with husband George Clooney.

The 44-year-old looked glamorous in the sparkly spaghetti-strap number as she was led into the restaurant by the 61-year-old on Saturday evening.

Human Rights lawyer Amal has become known as a bit of a fashionista, and while her husband kept it relatively simple in a navy blue buttoned-down shirt and jeans, her dress by Ermanno Scervino came with a hefty £3990 price tag.

It was a rare sighting of the couple, who stay largely holed up in their sprawling Lake Como and UK properties, shunning the limelight of Hollywood.

That same night, the Ocean’s Eleven actor appeared to have sold his Harley-Davidson motorcycle to the restaurant’s owner.

He reportedly signed the bike for the owner, who showed how thrilled he was with the exchange by giving a thumbs up in front of his new ride.

While it’s not known who delivered the bike to the owner, it’s unlikely that it was the mode of transport used by the couple to get to the restaurant – well, not if Amal’s fancy frock and coiffed hair were anything to go by.

The couple, who first met in 2013 married the following year and now share five-year-old twins Alexander and Ella, lapped up the time to enjoy each other’s company and park mummy and daddy duties.

George previously told the Daily Mail how exhausting being a father of twins really is.

‘They don’t cry,’ he said of them back in 2017 when they were three months old. ‘I cry more than they do. I cry four times a day right now, because I’m so tired.’

However, he recently admitted that his life was empty before they were born.

‘[Fatherhood] gives me a sense of belonging and a sense of home and unconditional love,’ he told Today. ‘All the things that you were hoping you could get from a really good career and a dog. You realise that this is a lot more than that.’

While George and Amal were able to have a night out on Sunday, however, the pair’s busy schedule often keeps them apart.

George recently completed filming romantic-comedy film Tickets to Paradise opposite Julia Roberts in Bali and an untitled movie that will co-star Brad Pitt that is currently in pre-production.

Meanwhile, Amal’s work carries her campaigning all over the world.