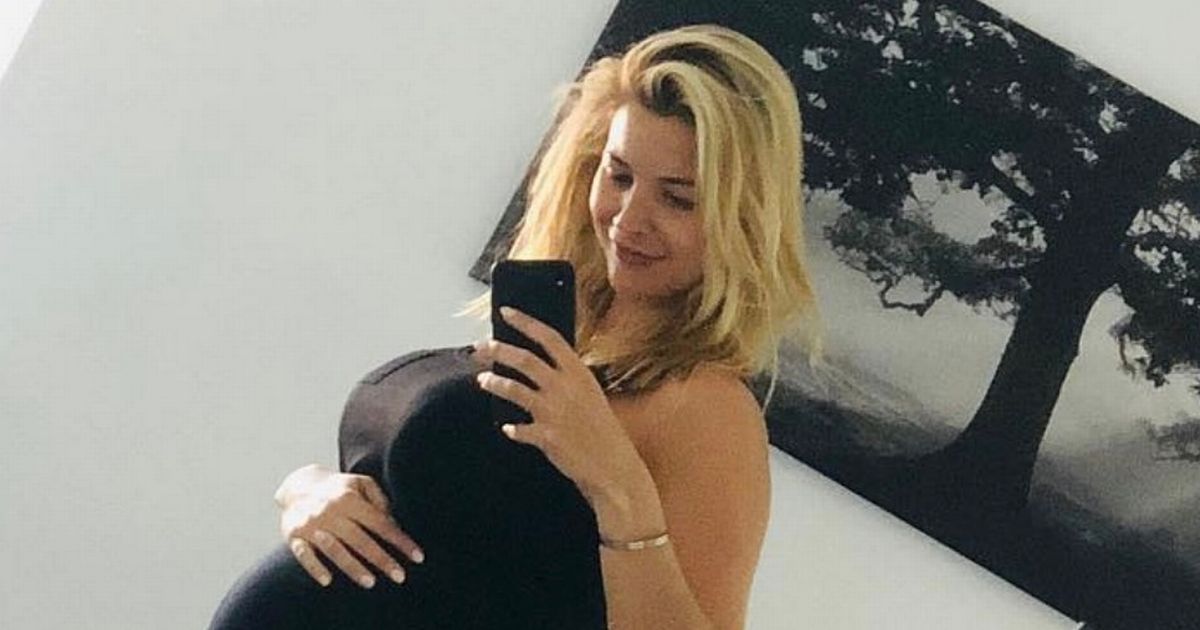 Pregnant Gemma Atkinson has confirmed she's heading off on maternity leave next week as she prepares for the birth of her first child.

The former Hollyoaks and Emmerdale star, 34, is expecting her first child with her Strictly beau Gorka Marquez in less than two months’ time.

She's kept up her job on Hits Radio during her pregnancy, but she's now confirmed she's going to be off work from next week.

Gemma, 34, took to Instagram with a black and white snap of showing her signing off from her show earlier today.

She wrote: “It’s almost time for me to finish work for my maternity leave and take on my new role as being a mum!

“I’ll be hanging up my headphones on Friday 7 June, but not for too long as I’ll be returning to @hitsradiouk on a brand new drivetime show with the wonderful @wesbutters.”

She continued: “'I figured being woken up by a baby throughout the night will leave me in no fit state to wake you guys up at breakfast.

"So instead, I’ll be getting you all home from work weekdays with Wes 4pm – 7pm.

"Very much looking forward to our new show with lots of fun stuff to chat to you all about! In the meantime, it’s mum time.”

The mum-to-be cheekily ended her photo caption with: “(Wish me luck on nappy duty and sleepless nights)”.

Gemma and Gorka announced thepregnancy news on February 1, alongside a photo her two dogs Norman and Ollie who wore signboards saying: “Guess what…Mum’s pregnant. We’re going to be big brothers!”

News of the couple’s first child came just a year after they confirmed their relationship after meeting on Strictly Come Dancing in 2017.

While there were plenty of rumours making the rounds while the couple appeared on the show, their romance was not confirmed until they went on tour in early 2018.

The couple have also had to deny an engagement had taken place last weekend after Gemma was spotted wearing a sizeable diamond ring while out for lunch with her girlfriends.

While fans were whipped into frenzy after spotting the huge rock, reps for the radio star confirmed to Mirror Online that she's not engaged.