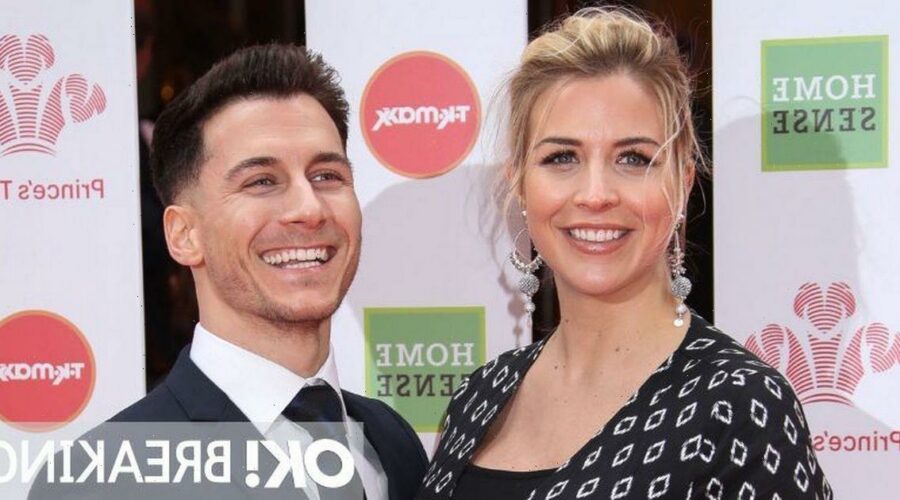 Gemma Atkinson and Gorka Marquez are set to welcome their second child together and announced the news with a sweet Instagram post.

The Hollyoaks star, 38, and professional dancer, 32, first met on the hit BBC programme Strictly Come Dancing back in 2017 and have since gone from strength to strength.

Now, taking to Instagram, the pair have shared they are set to welcome their second child – a baby boy – as they posted a series of sweet pictures of Gemma showing off her baby bump.

Gemma added in the caption: "Impossible to hide my belly any longer. I’ve officially 'popped.' Our baby boy will be joining our family later this year."

She continued: "We feel so incredibly blessed and Grateful to be on this journey again. Mia is absolutely thrilled! Although we may need to do some negotiating on names, as so far she’s adamant he’s going to be called Barbie."

Gemma and Gorka have since been inundated with congratulations by their fans and celebrity pals. "Ahhh such lovely news you guys! So happy for you!!" wrote Mollie King, as former Strictly professional Oti Mabuse shared her message alongside a string of emojis.

Gemma and Gorka first hit it off after a group rehearsal during Strictly for the 15th series of the show. They confirmed the news of their romance months later, with an image of Gemma snuggled into Gorka's face.

Shortly after this, the star spoke on their relationship on Key 103’s breakfast show and insisted that while she was competing on Strictly Come Dancing they were “genuinely” not together because they just saw one another at “the weekends”.

She went on to share that it was only when the Strictly tour began that they “saw each other all the time and we thought, ‘Oh, okay this could work,’ and it did and it does so far!”

In February 2019, the pair shared the exciting news that they were expecting their first child together with an adorable photo of their two dogs wearing a sign around each of their necks. The first sign on the left read: “Guess what… Mums pregnant.” And the second sign said: “We’re going to be big brothers!”

Posting the photo on his Instagram account, Gorka added: “@glouiseatkinson Thank you for the greatest gift in life.

"Myself and Gem are beyond thrilled to be welcoming our new family member later this year! Baby Marquez! Norm and ollie can’t wait to start their big brother duties.”

Two years later, on Valentine's Day of 2021, Gorka got down on knee and proposed to Gemma – who announced the news with a picture of them both enjoying the chilly winter weather in the British countryside.

Kissing her other half on the cheek with her diamond ring in full view, she told fans: "Valentine’s forever… Of course I said yes," followed by a red heart emoji.

While Gorka wrote on his social media account: "The best day with my forever Valentine’s," with a black heart emoji. The dancer continued: "I asked and she said YES!!!!!!" with an engagement ring emoji. He added: "Happy Valentine’s Day everyone".