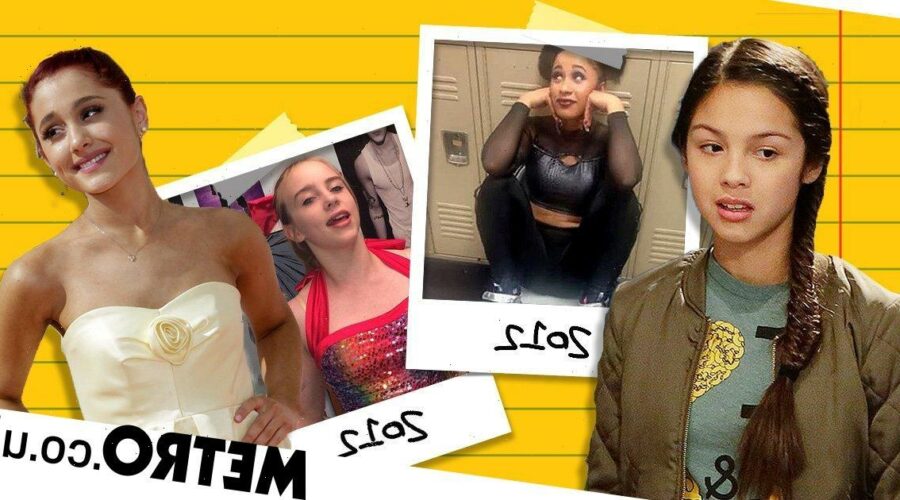 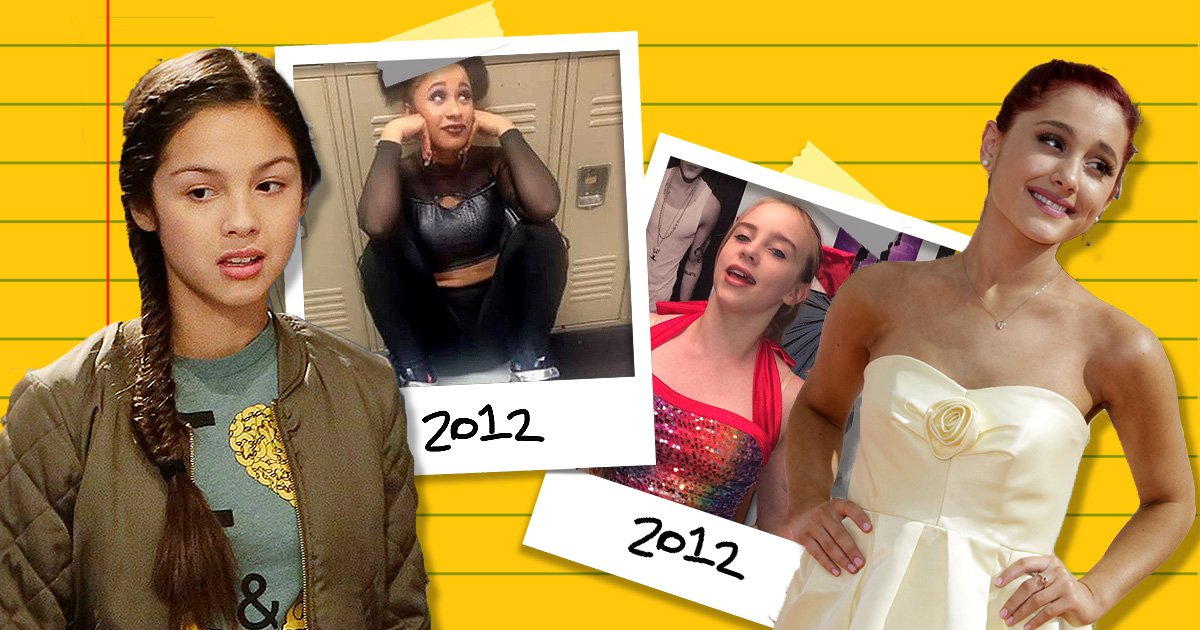 Want to feel old? Of course you do – and you’ve come to the right place.

As we kickstart a new year and look ahead to hopefully brighter times, it’s also the perfect opportunity to look back and get nostalgic by taking it back 10 years.

While the past decade feels like it’s flown by (how was 2012 not five minutes ago?) it’s fair to say a lot has changed in that time for some of today’s biggest music stars.

The likes of Billie Eilish, Olivia Rodrigo, Cardi B and Lil Nas X are among the new generation of music icons beloved by millions, but where were they in the same year that breakout South Korean star Psy went mega-viral for Gangnam Style, the Rolling Stones celebrated their 50th anniversary, Carly Rae-Jepsen dropped the ultimate earworm song Call Me Maybe, and Beyonce and Jay-Z welcomed their first child, Blue Ivy?

Of course, plenty of icons who were around in 2012 are still very much thriving in 2022, but for some of those others, what was life like for them back then?

Before Billie became a teen icon, playing to arenas around the globe, she was a fairly regular kid.

In 2012, Billie was 10 years old and obsessed with Justin Bieber – to the point where her mother considered putting her into therapy. (Relatable.)

Billie, like her idol Justin, was first noticed as a young teenager when her single Ocean Eyes became a surprise break-out hit after going viral on Soundcloud in 2016.

(And we all remember the insanity that followed the release of Bad Guy three summers later.)

Dua Lipa is pretty much the definition of an icon, but in 2012 was a complete unknown – though she was working hard to change that.

The daughter of Kosovan immigrants, Dua had spent years in London as a child, only to return on her own as a teenager when her parents moved back to Kosovo.

Following her dream of being a musician, a teenage Dua lived with an older friend while she studied for her GCSEs, and worked part time in pubs and clubs across the city, including popular cocktail bar La Bodega Negra near Soho.

She did some modelling here and there, sang cover songs on Youtube and told everyone she could about her SoundCloud.

Now 10 years later, Dua has brought disco back to the charts with her 2020 album Future Nostalgia and teamed up with legend Elton John for a number one hit in 2021 – and the 26-year-old’s star is only set to keep rising.

Ten years ago in 2012, Lil Nas X was the furthest thing from a global star and gay icon.

Nas was then known by his given name, Montero, and was just a regular 12-year-old kid living in Georgia with his gospel singer father, practicing religion and learning to play the trumpet.

Little did he know that, in just a few short years, his country rap debut Old Town Road would propel him to international fame.

His ridiculously catchy song earned him a collaboration with Billy Ray Cyrus and made him a household name across the US and much of the western world, and Nas was cemented as a pop icon with his 2021 hits Montero and Industry Baby.

While some of 2022’s biggest stars were building up their careers 10 years ago, others were still losing their baby teeth.

In 2012, future pop princess Olivia Rodrigo was nine years old and attending elementary school in Temecula, California, where she lived with her mother and father.

While she was taking vocal and acting lessons, at the age of nine Olivia’s career consisted mainly of school plays attended by teachers and parents – it would be another three years before she would even start learning the guitar.

After becoming fairly well-known through her roles in two Disney Channel shows as a teenager, eventually Olivia made a stunning debut as a pop star with her first single, drivers license, in 2021. (Yes, she is that new to the scene).

Before Cardi B’s found fame and fortune, in 2012 Cardi was struggling to make money and get an education.

The future star, a teenager at the time, began working at a strip cub after losing her job at a deli, and credits stripping for helping her get back on her feet and back to school, as well as escaping a domestic abuse situation

Later Cardi would become popular on video sharing site Vine, and would eventually be cast in reality show Love & Hip Hop, where she would soon break into fame with her music career.

In 2012, The Weeknd – real name Abel Tesfaye – was just getting his first taste of real success after collaborating with Drake, when the rapper discovered his tracks on Youtube.

Abel had started out by creating and sharing songs anonymously online under a number of different names, which were generally well-received even if they didn’t reach many people.

But 10 years ago saw Abel opening for Drake at several gigs and contributing to four songs on the rapper’s second studio album Take Care, including as a featured artist on the single Crew Love, which was released in 2012

Which brings us to our next point…

In 2012, four years after Degrassi, the Canadian teen drama series in which he had starred, came to an end, then-25-year-old Drake had successfully switched his career from acting to music, having signed with a record label and his first album debuting at number one in the US charts.

His second album Take Care was released in 2011, with a tour, singles and videos allowing Drake to continue to build on its success into 2012.

It saw Drake score some hit singles and collaborations from other major stars at the time including Rihanna, Lil Wayne, Nicki Minaj and up-and-coming artist The Weeknd.

Justin Bieber has been breaking hearts and records around the world since his debut as a floppy-haired 15-year-old in 2009.

But by 2012, the Biebs was sick of being the scrubbed-up good boy he had been marketed as, and his music – and attitude – took a change.

Suddenly he was getting beaten up in his music videos and collaborating with Nicki Minaj in a song with bizarre lyrics like ‘buns out, wiener’.

Meanwhile, in real life the star was still dating first love Selena Gomez, but they ended things in November 2012, and the following year saw Justin spiral into getting into trouble with fans, paparazzi and the law.

Of course, he pulled it back together in 2015 with the iconic comeback album Purpose, found God, got married, and is still producing bangers.

Before becoming a global icon, in 2012 Ariana Grande was playing the ridiculous and adorable red-headed Cat Valentine on Nickelodeon’s Victorious.

Instead of selling out arenas, Ariana’s powerful voice would belt out songs in character as Cat – when the character wasn’t getting addicted to candy or had a butterfly stuck in her ear canal, that is.

Though not the main character of the show, the ditzy and dreamy character was a steady fan favourite, and Ariana’s career ended up eclipsing those of her co-stars.

The Dangerous Woman chart-topper threw back to her roots with her 2019 viral single thank u, next, with many of her former Victorious co-stars taking part in the video.

And during the first lockdown in March 2020, Ariana and the other Hollywood Arts alumni reunited for a virtual party to celebrate the show’s 10th anniversary.

Now 27 and able to cope with the pressure of celebrity life, 10 years ago a teenage Harry Styles was just getting to grips with the insane fame that had been thrust upon him.

Harry, along with One Direction band mates Louis Tomlinson, Zayn Malik, Niall Horan and Liam Payne, released their second studio album in 2012, which (naturally) debuted at number one in the charts and saw their popularity reach an astonishing peak.

And, as we probably all remember, the teenager’s love life made headlines almost as much as his career – in 2012, his controversial relationship with Caroline Flack, 14 years his senior, ended, and later that same year he began dating fellow musician Taylor Swift.

One Direction have now been on their ‘hiatus’ for nearly seven years – if you want to hurt a Directioner’s feelings, remind them that the band have now been split up for just as long as they were together.

A country music star tuned global pop icon, by 2012 Taylor Swift had branched away from her roots to explore more dance and electronic tracks.

And, spoiler alert – it worked.

The year 2012 saw Taylor bring out smash hit after smash hit through her fourth studio album Red, including iconic bops I Knew You Were Trouble and We Are Never Ever Getting Back Together.

Red also contains a lot of references to then-One Direction star Harry Styles, who she was dating at the time.

Now, 10 years later, Taylor has re-recorded the album to keep her rights to the music, leading to one of the best new music videos in recent memory – and a lot of happy Swifties.

It would be easy to say that in 2012 Adele was at the height of her power, but, well, she kind of still is.

In 2012 Adele was singing banging ballads about then-boyfriend Simon Konecki and the birth of their son, Angelo, as well as getting to grips with being a mum for the first time.

Adele would later say that certain songs on her album, 25, were about reconnecting with herself again from the other side of motherhood, (no prizes for guessing which song she’s talking about).

These days you’ll be hard-pressed to go into a shop or turn on a music channel without hearing Easy On Me, and things weren’t that different ten years ago with Rolling In The Deep.

Here’s to another 10 years!

Ed Sheeran’s incredible career was just beginning to take off 10 years ago – and it was taking off like a rocket.

At the very beginning of 2012, Ed had just released Drunk, his fourth single from his debut album – which became his fourth top 10 in a row.

That same year saw him win multiple awards, perform for Queen Elizabeth, collaborate with Taylor Swift, contribute to two One Direction Songs – and begin his friendship with Elton John.

A decade later, Ed is happily married to childhood friend Cherry Seaborn, with a one-year-old daughter, as well as multiple songs still in the charts.

This year marks 10 years since Kanye West released compilation album Cruel Summer, which saw the rapper team up with the likes of Bon Iver, Kid Cudi, Jay-Z and Big Sean.

The pair had been friends for nearly a decade when they finally went public with their relationship, and later that year, they confirmed they were expecting their first child together.

Now, 10 years later, North is eight years old and the pair have three other chidren together – and despite a tumultuous divorce, Kanye is still hoping to win Kim back.

01/08/2022 Celebrity Comments Off on From Ariana to Billie: What were the biggest stars of today doing 10 years ago?
India