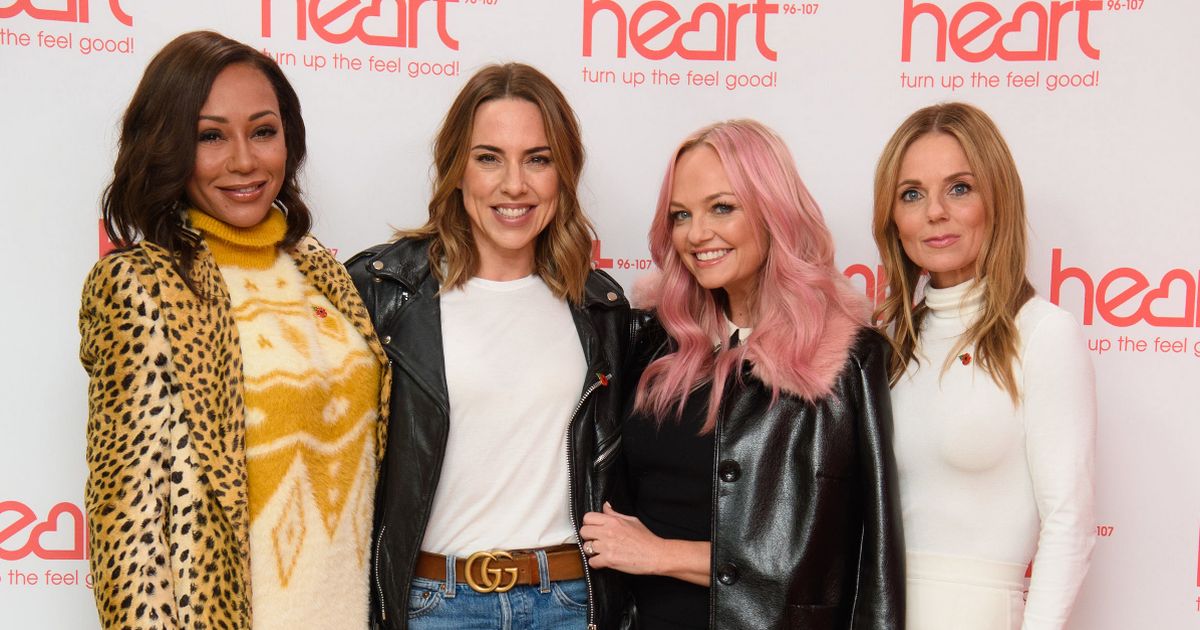 Emma Bunton has given fans a first look at the Spice Girls reunion tour.

The Spice World tour kicks off very soon, and it seems the girls are just as excited as the fans.

Baby Spice took to Twitter today to give those heading to the shows a sneak preview.

Emma shared a picture of the stage set up which includes huge 'Spice World' banners and a raised circular section in the centre, with steps leading up to it.

The stage is split into three sections, with a huge metal globe-shaped structure at its centre.

Wings on either side of the stage have huge screens above them. In the picture, they appear to have the words 'Spice World' scrolling across them, but perhaps during the shows, live footage of the girls will be projected onto them to give people at the back a better view of the action.

Fans were beside themselves with excitement.

One commented: "Omg the stage is AMAZING!!!!! I think it's the best stage yet, out of all of the Spice Girls tours!"

"I died a little," another said.

While one added: "I REALLY hope it comes to America."

And one told her: "Dreams come true for the fans"

Emma is reuniting on stage with her bandmates Mel C, Mel B and Geri Horner, although Victoria Beckham won't be taking part.

The tour is named Spice World, a nod to the girls' 1997 comedy music movie.

Geri recently hit back at the haters after rumours of fighting between the group.

Asked what she thought of all the rumours and the critics, she told The Sun Online : "You think, ‘Oh f*** off!’."