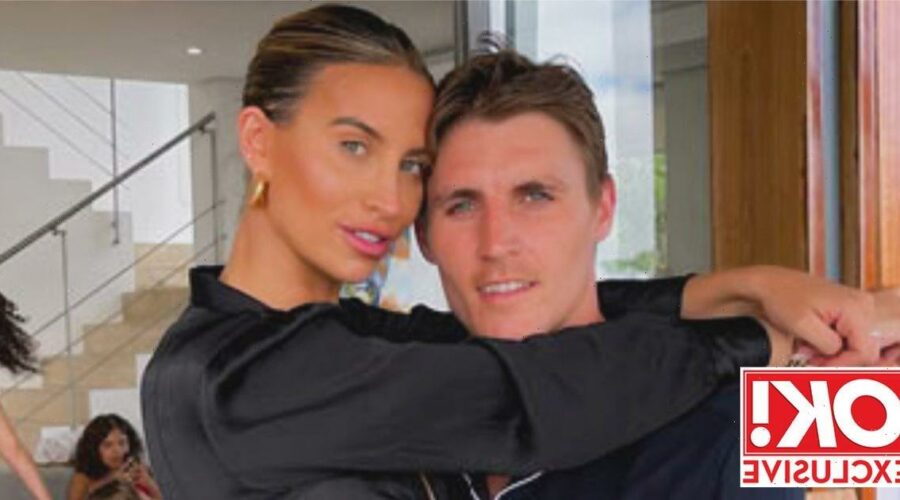 Ferne McCann was heartbroken when she split from Jack Padgett earlier this year after the pair moved in together during lockdown.

And as she prepares to watch the new series of her show First Time Mum, sources have told OK! she will find it difficult watching her ex boyfriend on her TV screen after their break up.

The source said: "Ferne will find it really hard having to watch the new series and seeing Jack play such a big part on the show now that they have split up."

The documentary follows Ferne navigating through the challenges of motherhood as a single, first time mum with three year old daughter Sunday.

The former TOWIE star, 31, parted ways from Jack in June, and has since been said to want to find love again with someone "a bit older".

"I think Ferne will be looking for someone a bit older than her now,” the source told new!

“She wants to settle down."

They then added: "She’s spoken about wanting a sibling for Sunday, so I think she’s ready.”

Ferne previously spoke about her relationship with Jack following their split, admitting the pandemic "accelerated" their time as a couple.

"At the start of lockdown, a lot of couples made the decision to move in together quicker than perhaps they normally would, which is what we did,” the mum of one said.

"But in the end, it also accelerated our break-up because coming out of lockdown, and the world opening back up, meant suddenly our lives were very different.

However, Ferne later confessed she had “no regrets” about her time with Jack. "When one door closes, another one always opens,” she optimistically shared.

“I am such a sucker for love. I love love so much and, of course, I want to find my happy ever after."

Jack was Ferne's first serious boyfriend since she split with Sunday’s father, Arthur Collins, when she was pregnant.

For all your updates on Ferne McCann, her work commitments and romantic life, sign up to our daily OK! newsletter.