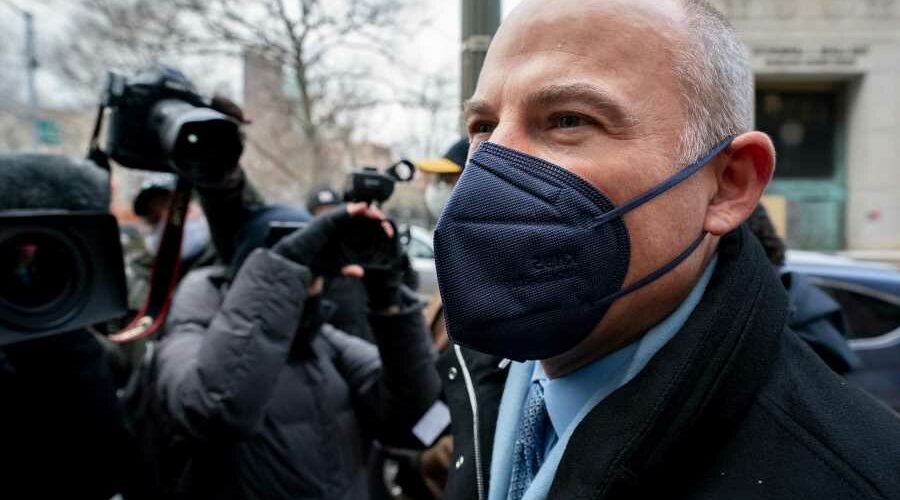 On his first full day representing himself in his federal trial against charges that he stole money from his former client Stormy Daniels, attorney Michael Avenatti got spectacularly upstaged by his own former lawyer and helluva showman Sean Macias, a witness for the prosecution.

Wednesday’s proceedings began deep in money matters and investigative procedure, just one day after Avenatti had told the court he wanted to represent himself. While perhaps not arguing the most convincing points, Avenatti, who stands accused of impersonating Daniels and convincing her book agent to send him a large sum of money meant for her, did a decent job during the first half of the day talking louder than everyone else and giving off an air that he believed he commanded the room. (Avenatti pleaded not guilty to charges of wire fraud and aggravated identity theft.)

The Case of Disgraced Lawyer Alex Murdaugh, Scion to a South Carolina Political Family, Is Only Getting Weirder

During cross-examinations, he seemed to at least confuse into submission and occasionally rattle the FBI’s IT-whiz-cum-forensic-examiner as well as a special agent from the U.S. Attorney’s office. Both seemed more the understated brainiac types as they explained analyzing the contents of Avenatti’s computer and mapping the transfer of huge amounts of money from Daniels’ book publisher to his bank accounts, respectively. Avenatti pressed them to name names about who’d assigned their work. It felt at least vaguely intimidating, if pointless.

Oozing his singular brand of charm, he apologized at one point for being “a pain” when asking a member of his legal team — which is still supporting him in the courtroom as he leads his own defense — to pull up exhibits. While speaking, he frequently looked out and scanned the jurors’ faces as he spoke, wielding what’s left of his fallen resistance zaddy charisma like a man desperate to avoid another federal conviction.

Then, shattering the post-lunch lull, came Sean Macias. Macias, who the prosecution compelled by subpoena to testify and whose arrival on the stand Avenatti’s then-defense had attempted to block in pre-trial filings, recalled a captivating anecdote of Avenatti coming to him in late 2018, desperate for money. He started by identifying the defendant as “the handsome fellow with the shaved head,” but not before asking the men seated at the defense and prosecution tables to lower their masks so he could be sure.

Macias is the one who introduced Daniels and Avenatti, after Daniels came to him saying she wanted to get out of a non-disclosure agreement she’d signed with Former President Donald Trump covering up a sexual interaction she’d had with him. But she didn’t have money to hire representation. He claimed he connected her with Avenatti, who, during a meeting with both of them, said they’d go big with a press push, an idea Daniels loved. And, Macias said, Avenatti told her, “I’ll charge you a dollar.”

That’s where the Avenatti-Daniels’ attorney-client relationship, and his rise to prominence, began. With Avenatti championing Daniels’ cause in the public spotlight, the duo became momentary heroes of the anti-Trump movement, fearlessly standing up to a president many Americans believed never belonged in office. Avenatti even considered a 2020 run himself.

The excitement was short-lived however. According to Macias, a few months later, Avenatti was moping and acting “a little needy” at a Labor Day weekend conference they both attended in Las Vegas. “He was slumped over like someone stole his ball,” Macias said. At a party hosted by the now-defunct law firm Girardi and Keese (founded by Tom Girardi, embattled ex-husband of a Real Housewife of Beverly Hills), Macias said Avenatti told him, “She’s going nuts.”

According to Macias, Avenatti said Daniels was distressed because her publishing company hadn’t sent her some big payments it owed her. “She was upset she wasn’t getting paid and was either gonna go to the press or blow the book deal,” Macias recalled. Avenatti wanted him to represent her if she decided to sue her publishing company.

The Tuesday after Labor Day, 2018, Macias said Avenatti showed up in his office asking for $250,000 in a hurry because he was going to get evicted from his workspace and needed to pay his law firm employees, too. “He said he was jammed up and needed help,” Macias said. Macias said he was “shocked” that this high-profile lawyer who was making TV appearances at the time was in financial trouble. “I said the F word with a ‘no’ at the end,” Macias said. He wouldn’t give Avenatti the money, but said Avenatti begged him not to leave him hanging. “He said, ‘Come on, player, you gotta help me out,’” Macias testified.

Macias made some calls. Avenatti allegedly pitched himself as someone “fighting the good fight” and told a prospective lender friend of Macias’ that his office building’s owners were trying to run him out because they were republicans. Prosecutors entered into evidence a promissory note written that day by Avenatti for a $300,000 loan from Macias’ contact. When Avenatti said he needed the money the next morning, the offer fell apart. An email with the subject line “Avenatti Loan no go” was entered into evidence. Macias refused to share the exact words Avenatti had said on the phone when he broke the bad news to him, despite repeated urging from the prosecution and U.S. District Judge Jesse Furman. “He was really upset,” was all Macias would say. “He was teared up, crying.” Avenatti begged him to call another friend, attorney-to-the-stars Mark Geragos. Macias did, and managed to get him a loan for $250,000. Macias testified that when explained the situation, Geragos said, “For el presidente? Why not.”

During a heated cross-examination of his former “life-saver,” as Macias described himself, Avenatti tried to regain control of the spotlight in the courtroom. He accused Macias of insisting on a proffer agreement with the government because he knew he could be charged with crimes. Macias said that wasn’t true, and that a proffer agreement is something “any smart witness” would demand. He added that he did it “because I had no idea what you were doing,” although Avenatti got that comment successfully stricken from the record. He repeatedly tried to rein Macias in by requesting the court strike his long-winded responses and allow only a “yes” or “no” on the record. He got his way a handful of times.

Avenatti tried to frame his seemingly desperate search for a loan as a fundraising effort for his presidential run that never materialized. Macias admitted he remembered the possibility of the run, grabbing the attention back for himself. “You told me you wanted me to be chief of staff, I said make me ambassador to France — that’d be awesome,” he said, grinning at Avenatti from the witness box. Avenatti asked Macias if it was true he’d come to Macias to get money for his campaign. Macias took issue with the wording of the question, and in a final power struggle of the day Avenatti said, “I’d like an answer to my question.” The judge sided with Macias. “Ask another question and he’ll answer it,” Furman said. Avenatti asked whether Macias’ efforts to help him get money in August of 2018 had been related to Avenatti’s campaign. “Absolutely not,” Macias answered.

Aventatti was indicted in May 2019 for stealing book payments that were meant for Daniels when she was his client. Prosecutors said that after Avenatti helped Daniels get a book deal to publish her 2018 memoir, Full Disclosure, he forged a letter from her to her literary agent, getting the agent to send $300,000 in payments from her publisher to a bank account controlled by him. Avenatti then used that money, the indictment alleged, to pay employees of his law firm as well as to pay for hotels, airfare, meals, car, services, and dry cleaning, and to make a $3,900 lease payment on a Ferrari, among other things. When Daniels began asking Avenatti why the payments hadn’t arrived from the publisher, the indictment said, he told her he was working on it and at one point even said he was threatening the company with litigation if they didn’t send the money to Daniels. “He blatantly lied to and stole from his client to maintain his extravagant lifestyle,” U.S. Attorney Geoffrey Berman said in a press release announcing the charges. Avenatti eventually paid back only half of it, prosecutors said.

The trial began Monday, when lawyers presented their opening statements. Prosecutors said this is a clear-cut case of a lawyer who stole from his clients. The defense referred to Daniels as a “disgruntled former client” in a fee dispute with Avenatti, who was owed a “reasonable percentage” of her book proceeds. Daniels is expected to testify Thursday.