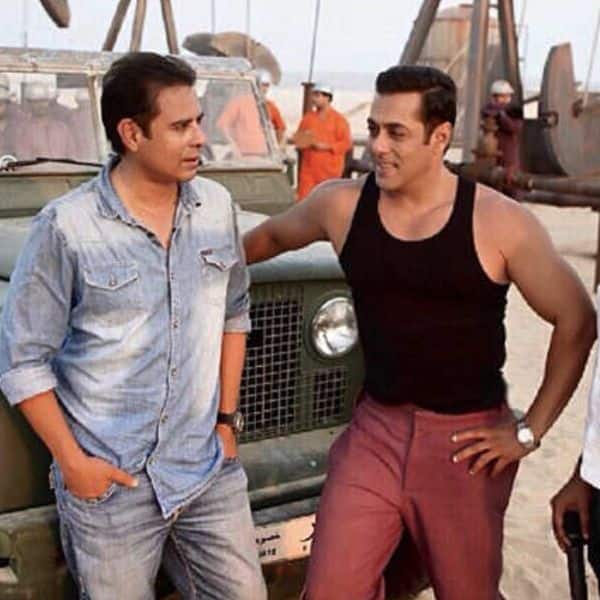 Salman Khan is currently busy with the promotions of his next film Bharat. The actor kicked off his promotional schedule in style by launching the most loved track of the film’s album- Zinda. The Dabangg actor was present with his leading lady, Katrina, director Ali Abbas Zafar, producers- Bhushan Kumar and Atul Agnihotri. At the event, Salman was at his funniest best and we couldn’t get enough of his answers. While we only know a little about Salman, his brother-in-law and Bharat’s co-producer, Atul Agnihotri, exclusively spoke to BollywoodLife as to how great a human being the actor is.

Thank you my fans for all the love… – Apka #Bharat

Atul revealed how humble the actor is on sets of his films and the way he treats everyone. Opening up about Salman’s personality in specific, he told us, “Salman bhai is very inspiring. The way he has handled stardom, the highs, and lows, is commendable. He is normal and straight forward. Most importantly, he is conscious of his obligations towards society and humanity, to the entire world in particular. He has some great qualities as a person.”

Describing the Sultan star’s nature, the filmmaker further added, “Salman is almost a fakir by attitude- he has no demands. You will never hear him crib about luxuries, the car he is travelling in or the hotel where he is staying. Bhai comes with absolutely zero baggage. He is such a practical and humble guy. Anybody can go mad with his stardom but Salman is so normal.”

I have voted…. have u? #VoteKarMumbai

On a parting note, Atul added that Salman is a great listener and treats everyone equally. “He sits with everybody on the sets and is available for everyone when they need him. Salman hears everyone out — if anyone comes to him with a story, he will respect them. There are a lot of good qualities in him that people can imbibe. He enjoys every day of his life and that’s the correct attitude.”

Well, there’s so much more to Salman Khan which we all were unaware of. We hope the actor remains the same and keeps inspiring us with his work and deeds.