Adrian Grenier might have lived the high life as Vincent Chase in “Entourage,” but now the Hollywood actor is living a self-sufficient life in Texas.

In an interview with Austin Life magazine, Grenier revealed he put Los Angeles and New York behind him so he could pursue farming.

His farm is reportedly 45 minutes outside of Austin in Barstop, a city that has a population of roughly 88,723, according to U.S. Census data. It also sits not far from the Colorado River and wildflower fields, the magazine reports.

“I bought a place in Austin five years ago and a year ago I decided to move here permanently,” Grenier told Austin Life. “I had friends here, I ran a business here, and liked the pace. Austin is cosmopolitan without being snooty; it’s earthy. People are smart and successful but they don’t flaunt it.” 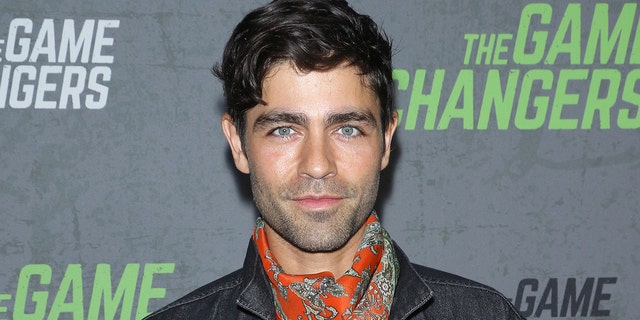 The 44-year-old actor moved to Texas in December and has been working to make his land a “wildlife sanctuary” where bees, butterflies, birds and eventually llamas or alpacas can find food.

Meanwhile, the produce he and his partner Jordan Roemmele grow together includes peaches, apples, loquats, figs, avocados and more. The pair are also working to restore the balance of their pond, so they’ll be able to fish their own protein.

Although Grenier has made significant progress on his farm in recent months and has documented much of it on his Instagram, he doesn’t call himself a “farmer.” Instead, he prefers the word “apprentice.”

Long before he made his lifestyle switch, Greiner’s breakout roles were in the HBO series “Entourage” and David Frankel’s “The Devil Wears Prada.”

However, he felt the push to change the trajectory of his life when he realized he wasn’t living sustainably.

“I have been doing environmental work for the last 20 years, I’ve started organizations and run non-profits, all designed to tell people to live more in line with nature—and yet, I wasn’t living that way,” Greiner explained to Austin Life. “In many ways, I reached the apex of that promise—if you work hard, you become famous, then you make a lot of money… but it was lackluster at the top.”

Currently, Greiner is a UN Environment Programme Goodwill Ambassador and co-founder of the Lonely Whale, an organization dedicated to reducing plastic use and saving the world’s oceans.