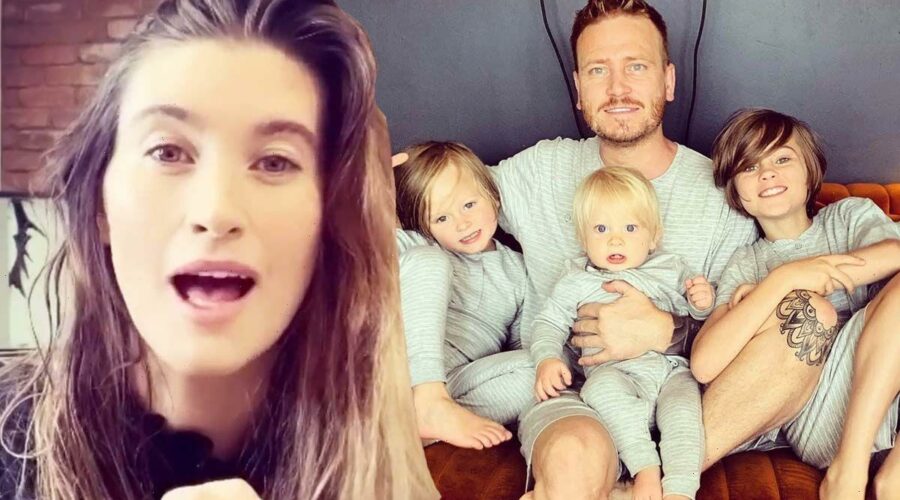 Charley Webb pressured into getting a hamster by husband Matthew

Emmerdale star Charley Webb, 34, has given fans an insight into her family life as she shared a hilarious update. The actress revealed her youngest son, Ace, two, chose not to call her husband Matthew Wolfenden “daddy” anymore.

She recorded herself in the car as Ace slept in the back in a Story shared with her 562,000 Instagram followers.

The soap star explained the reason behind Ace’s decision after sharing in an earlier post that Matthew had left notes for all their children on the kitchen counter.

However, eagle-eye fans spotted that Ace’s note had been signed off with his dad’s name instead of “daddy” like the other children’s messages.

Charley then decided to publicly reply to all the fans that had reached out voicing their confusion.

“That is because Ace has decided that he wasn’t going to call him ‘daddy’ anymore.

“He calls him Matthew. Like, not all the time but probably about 95 percent of the time.

“And because he knows what Matthew doesn’t like, he does it more. It is quite funny.”

The mum-of-three concluded: “But yeah, Ace is not one to follow a rule. In fact, none of my kids are.”

Charley and Matthew recently had a playful disagreement on camera as the actress detailed their dilemma over a new pet.

It happened after Matthew allowed their six-year-old son Bowie to get a hamster.

Speaking to her followers about the predicament, Charley said: “So, Bowie is desperate for a hamster.

“Not only has he said yes to the hamster, he then said it’ll need a friend, so we’ll have to get two hamsters.”

Matthew could be heard giggling in the background of the clip before he appeared in the video.

She fumed: “It’s not funny Matthew.

“So we’re now going to the pet shop to have a look – furious!”

Detailing how long she had been trying to put off the hamster purchase, Charley captioned the clip: “This has been going on for months.”

The TV star added a poll to her Story, asking fans “do we get them?”

Charley added the options “just let him”, or “absolutely wouldn’t”, so fans could join the debate.