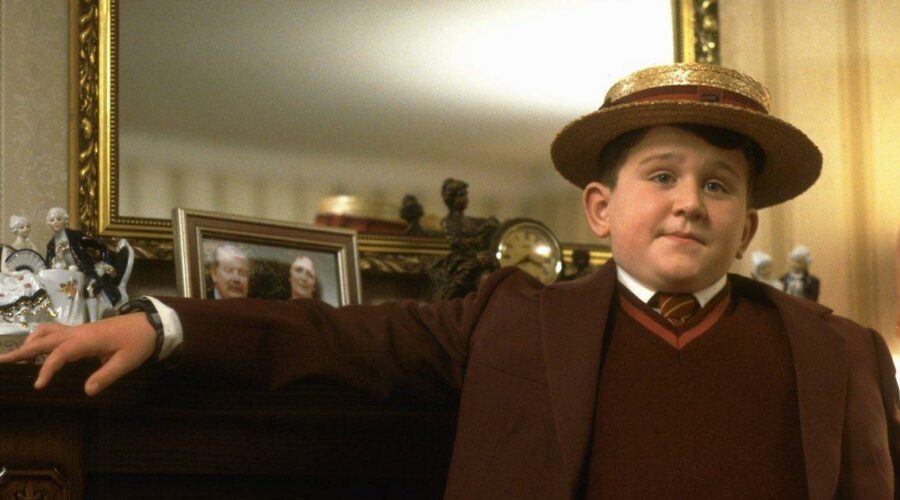 Actor Harry Melling, who played Dudley Dursley in the Harry Potter film series, prefers not to rewatch the popular franchise for his own “sanity”.

The 32 year old admitted that, while he reflects fondly on his time playing the spoiled cousin of wizard Harry, he has also been happy shake free from the role.

“Looking back at those films, it feels like watching old VHS tapes, like family videos,” Harry told the Radio Times.

“It’s a really interesting relationship I have with the Potters because I’m immensely proud of being in something as gigantic as that. But at the same time, I feel like, for my sanity, I have to try not to look back, and to just keep moving forward.”

The former child star has well and truly committed to that, after going on to establish a successful career as an actor working onstage at the National Youth Theatre and in Hollywood, amongst some of the biggest names in the industry.

After appearing as Dudley in Harry Potter for five films the star went on to train at the London Academy of Music and Dramatic Art.

He has since featured in numerous films and Netflix titles, including movies The Devil All the Time, starring alongside Tom Holland, and The Old Guard, appearing opposite Charlize Theron.

His latest project saw him involved in director Joel Coen's film adaptation of Shakespeare's play Macbeth, which was released at the end of last year and also starred acting legends Denzel Washington and Frances McDormand.

Discussing in a previous interview his successful transition into acting as an adult, Harry mentioned his determination in continuing to pursue his dreams of becoming a dedicated actor.

“I think I was very lucky that I was allowed to move away from Dudley,” he told Entertainment Weekly.

“When you start as a child actor, I think there are certain stigmas you get from that, and I never really wanted to engage in them.

“I just wanted to continue doing work, and go into drama school as a sort of, not a conscious way of doing it, but maybe a way of bridging that gap.”

Part of Harry stating that he wished to move on from Harry Potter comes down to the fact that he simply loves “changing up genre and characters” as he explained: “I always enjoy playing roles that have an element of transformation to them. I enjoy the challenge of that.

“Trying to transform yourself into qualities of yourself that aren't necessarily on display, I always knew were things I wanted to play with.”