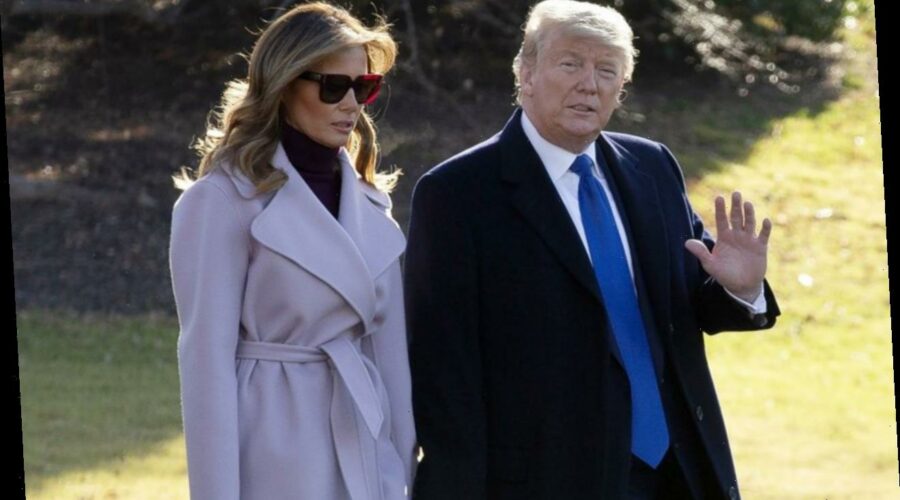 Many are not having it after a Trump adviser confirmed that both the former president and his wife got at least one dose of the vaccine despite their history of downplaying the virus.

AceShowbiz –Donald Trump and Melania Trump are apparently as scared as everyone else when it comes to COVID-19. Both the former POTUS and former First Lady secretly got COVID vaccine at the White House in January.

The revelation comes after the former president urged his followers to get vaccinated for the virus during his speech at the Conservative Political Action Conference in Orlando, Florida, on Sunday, February 28. He told the audience, “How unpainful that vaccine shot is, so everybody go get your shot.”

It marked a notable shift as Trump was known for downplaying the pandemic during his time in the office, eschewing practices like social distancing and mask wearing, even after he and Melania caught the virus in the fall of 2020.

CNN previously reported that a White House official had said in mid-December that Trump wouldn’t be administered a coronavirus vaccine until it was recommended by the White House medical team. However, after his speech at CPAC, a Trump adviser confirmed that Trump and his wife got at least one does of the vaccine in early January on the advice of doctors. The advisers, who spoke on condition of anonymity, also did not explain why Trump was vaccinated in secret.

Following the revelation, Trump came under fire by social media users, who claimed he betrayed his own “tough guy” image that he’s built. “Trump & wife got vaxxed (at least once) before leaving White House – yet he told no one – did not want to ruin that ‘tough guy’ image. Screw civic duty and convincing others to take it. He plays his cult for the fools they are,” one person ripped him.

Another critic tweeted, “Getting the vaccine didn’t fit in with Trump’s ‘tough guy’ image and with the myth that COVID-19 was a hoax- so Donald and Melania Trump were vaccinated in secret at the White House before they left. Because he really is that big of an a**hole.” A third one added, “Trump hides getting vaccinated so his followers don’t discover his hypocrisy and lies about COVID-19.”

“Donald and Melania Trump both got vaccinated for Covid 19 in secret before leaving the White House in January. Remember how he kept telling everyone it was a hoax, just a flu? Maybe the 1/3 of Americans refusing vaccines would have changed their minds,” a fourth person commented. Someone else took a jab at Trump, “Trump and Melania getting the vaccine while saying covid is a hoax.”