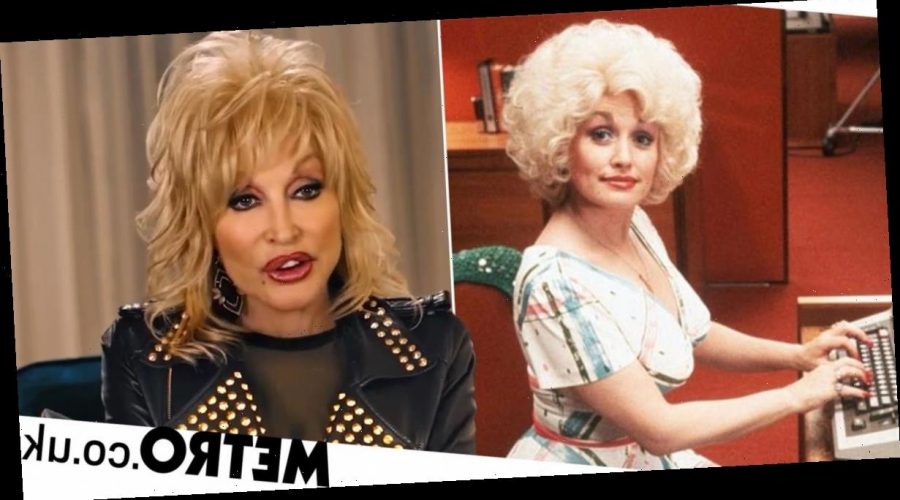 Dolly Parton, Lily Tomlin and Jane Fonda are all taking part in an upcoming documentary, Still Working 9 to 5, fighting for gender equality 40 years after the film first came out.

The stars of 9 to 5, the hit film which came out in 1980, have reunited to shine a light on the continuing gender pay gap four decades later.

In an exclusive clip from Still Working 9 to 5, Dolly explains: ‘My lord, it’s 40 years now and it’s still important.

‘Being treated with respect in the work place, equal pay for equal work and all those things that we all want to do.

‘Anybody that’s working should be paid for what they do, it doesn’t matter. I think it’s given us a really good opportunity to step up and do more and make more corrections and to just do more good things for women especially.’

Dolly, who played Doralee in the film, has always been an advocate for women’s rights, continually challenging the stereotype people may try and cast her as in her music, in tracks such as Dumb Blonde.

The savvy businesswoman was also one of the first to take control of her own music rights, which ensured more of the money she made went to her rather than others, too.

Still Working 9 to 5 is co-produced and co-directed by Camille Hardman and Gary Lane, who brought together the cast of the original film as well as members of the 9 to 5 musical cast to speak about the continued fight for gender equality and pay parity.

The women’s rights documentary has been two years in the making, and will get its world premiere once things settle with film festivals following the coronavirus pandemic.

As well as Dolly, Lily and Jane, the documentary will feature interviews with Oscar winner Allison Janney from the Broadway musical and EGOT winner Rita Moreno from the 9 to 5 TV series as well as many female rights advocates.

The documentary shines a light on the fact that the issues raised in the 1980 comedy film still haven’t been corrected in the USA – from equal pay, universal day care, equal job promotions for men and women as well as sexual harassment in the workplace and the #MeToo movement.

Gender pay gaps continue to be an issue in many companies around the world, including in the USA and the UK, despite 40 years of campaigning for equality.

As well as highlighting these vital issues, fans of Dolly will get to hear nine of her hit tracks as well as a haunting brand new version of 9 to 5, and a new women’s power anthem written by Dolly and Grammy winner Shane McAnally.

The documentary will be dropping this year, with the date to be confirmed once guidelines are clearer following the pandemic. Find out more www.stillworking9to5.com.