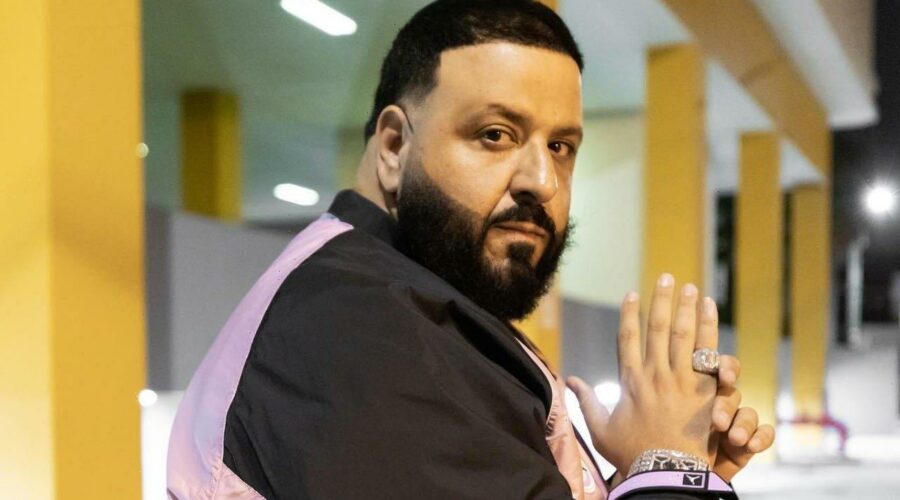 Internet users are quick to troll the ‘I’m the One’ performer upon watching the video featuring him being escorted to by a security guard following a failed attempt of a three-pointer.

AceShowbiz –DJ Khaled was ushered by a security guard during Game 1 between the Miami Heat and Atlanta Hawks on Sunday, April 17. In a hilarious clip that circulated online, the music producer was escorted back to his courtside seat after shooting an airball.

The clip saw Khaled walking onto the court during a break. He grabbed a ball and stood at the top of the key. He took one quick dribble before attempting to launch a three-pointer. The shot, however, caught nothing but air.

The moment didn’t last long as a member of the security staff approached the record executive. He later awkwardly returned to his front row seat.

Internet users were quick to troll the “I’m the One” performer upon watching the video. “He sucks at something else. Shocking,” one person wrote. “Hey, he believed he could play guitar, so maybe he thinks that was a goal,” another troll said.

“He should have been escorted out of the arena,” one other commented. Another comment read, “He really thought he was going to make that his walk back was everything.”

Khaled has yet to react to the clownery.

Prior to this, he also launched another airball at an NBA game. The music producer attempted a shot when he attended All-Star weekend in Cleveland. “Never give up, it don’t matter,” he said after he air-balled a 3 on the court at Rocket Mortgage Center before the Skills Challenge.

That aside, the rapper/record executive was recently honored with his own star on the Hollywood Walk of Fame. His fellow musician and collaboratos, including Jay-Z, Sean “P. Diddy” Combs, Teyana Taylor and Fat Joe, showed support by attending the ceremony, which took place on Monday, April 11 on the 6200 block of Hollywood Boulevard.