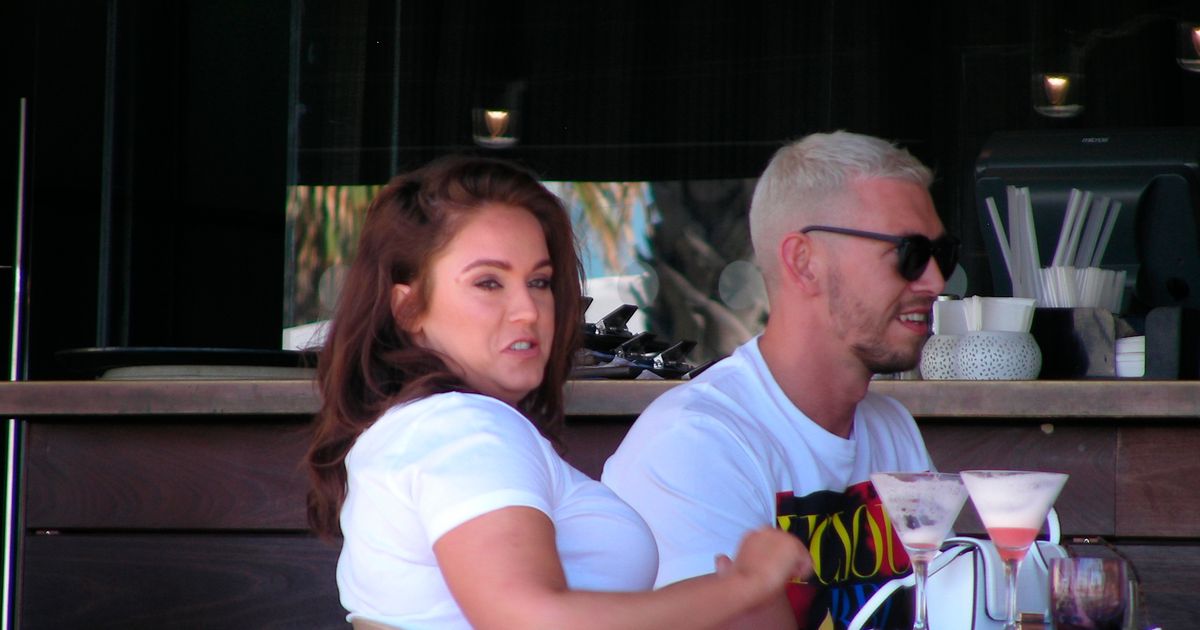 Vicky Pattison kept the drinks flowing on her Barcelona holiday, despite admitting to feeling 'dishevelled'.

The Geordie Shore babe, 31, revealed that she was feeling a bit worse for wear after making the most of her time in the bustling Spanish city.

Sitting without a scrap of makeup on her face, the reality star kept it casual in a red animal print skirt and a plain white t-shirt.

Vicky swept her messy brunette locks to one side as she chatted to her pals, opting to forgo her usual glamorous vibe for a more stripped back poolside look.

The Geordie favourite looked a little tired as she puffed on her cigarette from her chair – but she sipped on a tasty looking pink cocktail nonetheless.

Vicky's holiday comes during the one year anniversary of her best pal Paul Burns' death, which she commemorated while away with a poignant statement.

She emotionally wrote that her "life hasn't been the same," since Paul – known as Mr Newcastle – passed, adding that he was "too good for us and too good for this world".

Despite Vicky's trip away no doubt being tinged with heartache, the MTV star looks like she's still been making the most of some quality time with her friends.

Vicky has had her fair share of holidays recently, also having jetted to France and Italy over the last few days.

She's been sharing several bikini clad pictures from all of the getaways, as well as glimpses into her fancy dinners and drink stops.

However, in true Vicky style, she made sure all her posts weren't just Insta-perfect – also sharing an honest image of herself with a croissant stuffed into her mouth with the caption: "HELP ME".

It comes after Vicky promised her fans she was going to be more transparent online, and show the good, bad and ugly of her day-to-day life.