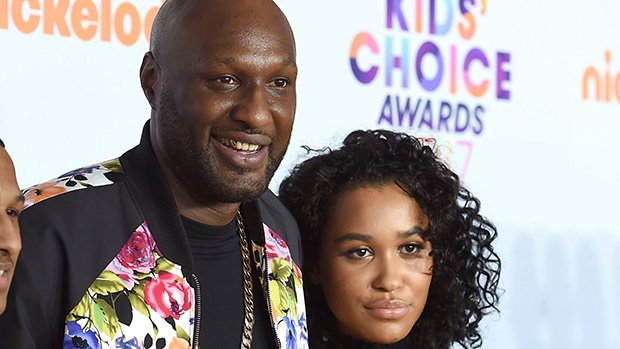 Destiny Odom was just 17 years old when her dad, Lamar, nearly died from a drug overdose in 2015, and in a joint interview with the former basketball star, she’s opening up about how traumatic the experience was for her.

Lamar Odom was joined by his daughter, Destiny Odom, 20, for a part of his tell-all interview with ABC News, and she revealed what she went through after his near-fatal overdose in 2015. “I think we found out from TMZ, actually,” Destiny told JuJu Chang, while seated beside her famous father. “A family friend called us and was like…are you okay? We heard Lamar’s on life support. We’re like…what?!” Lamar admitted that it was “f***ed up” that his kids — he’s also father to a son, Lamar Jr. — and their mother, Liza Morales, found out the way they did, and Destiny said that seeing her father unconscious was a “pretty traumatic” experience.

“I thought it was going to be my last moments with him,” she said. “I couldn’t believe it. I was just in a state of shock. I just told him that I need him to be here, to be present with me, and just fight.” Eventually, Lamar did wake up, but it was a long road to recovery. At first, he couldn’t walk or talk, and it took him quite some time to re-develop his motor skills. “We were concerned, but at least he was alive,” Destiny explained. “[He] was still fighting. That’s all that matters.”

Once Lamar recovered physically, he finally went to rehab at the urging of his oldest child. “I basically told him, if he didn’t go to rehab, I wouldn’t talk to him nymore,” Destiny revealed. “That was tough for both of us.” Despite how hard it was, though, Lamar said the conversation was a “life-changing moment.” Now, nearly four years later, the former basketball star still drinks and smokes marijuana, but his relationship with Destiny has been repaired. “You have to [forgive] in order to move on,” the 20-year-old said. “Just for yourself, you have to forgive. I would say every day is a step at a time. Every day is a new struggle, new chapter.”

Lamar’s interview with ABC News comes amidst the release of his memoir, Darkness to Light, in which he detailed his childhood, basketball career, famous marriage to Khloe Kardashian, overdose and recovery.