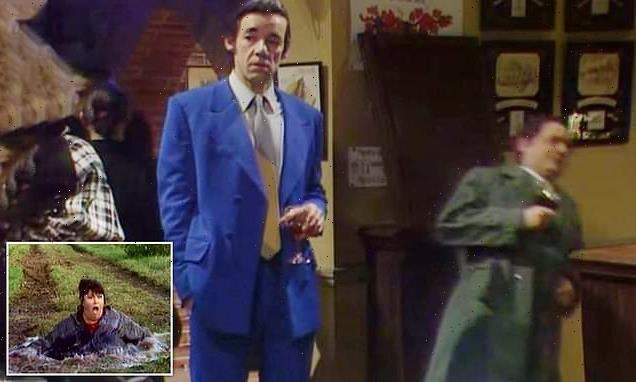 Proving it’s as timeless as it is hilarious, Del Boy’s attempt to play it cool before falling through an open bar counter on Only Fools And Horses has been named the funniest British sitcom moment.

In a poll of 2,000 Britons by TV channel Gold the 1989 scene starring David Jason, pictured, beat the Vicar Of Dibley episode in 1999 where vicar Geraldine Granger (Dawn French) leaps in a puddle up to her chest.

Third place was taken by the 1973 Dad’s Army skit in which Captain Mainwaring orders Private Pike not to reveal his name to a German, saying: ‘Don’t tell him, Pike!’ 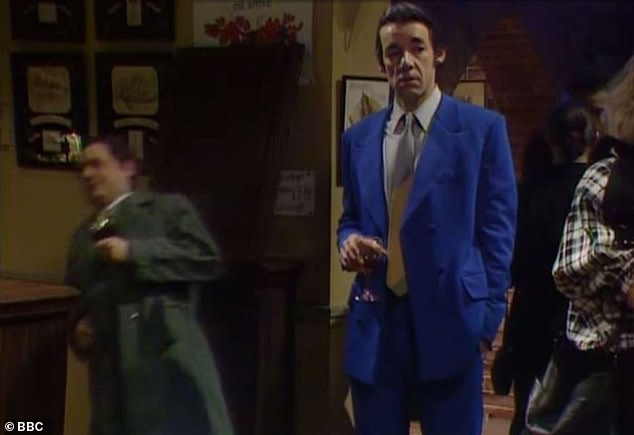 Basil Fawlty smashing his car with a tree branch in Fawlty Towers and Jay Cartwright’s ‘car friend’ outburst in the Inbetweeners made up the top five.

Smithy’s epic curry order on Gavin and Stacey and David Brent’s dancing on The Office also made the list.

The research also revealed that Only Fools and Horses is the nation’s favourite comedy sitcom of all time, with 29 per cent of the vote.

Nine in ten adults said top TV moments from the sitcoms are still as funny as when they first aired on television and 83 per cent of children said they thought classic sitcom clips were still funny today. 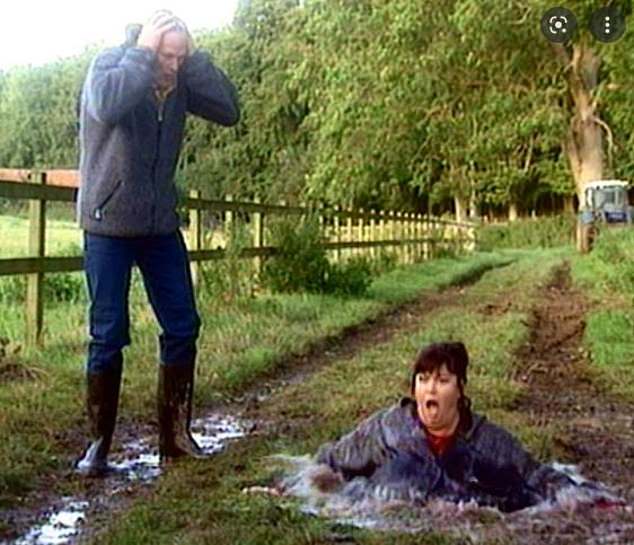 Gerald Casey, Gold channel director, said: ‘What better way to celebrate GOLD’s 30th birthday than to demonstrate what the channel is all about – the best of the UK’s comedy.

‘It’s no surprise that we still find these scenes and characters as funny and iconic as the day they first aired, just proving that great comedy truly is timeless.’

The Top 10 funniest sitcom moments of all time, according to Britons:

1. Only Fools and Horses – Del Boy falls through bar

2. Vicar of Dibley – Geraldine falls into a puddle