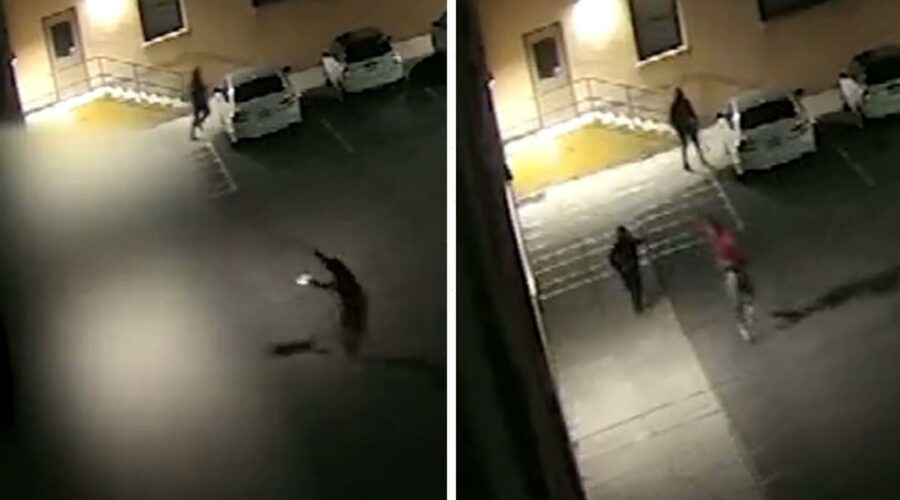 Video showing a deadly shoot-out between New Mexico State basketball player Mike Peake and a student from a rival school has been released … and it’s terrifying.

The surveillance footage, put out by New Mexico State Police on Tuesday, was captured on Nov. 19 on the University of New Mexico’s main campus at around 3 AM.

According to cops, Peake — a 21-year-old Aggies forward who was in town for NMSU’s basketball game against UNM — was “lured” to the area by a 17-year-old girl and several other male UNM students … who were allegedly trying to beat him up over an incident that had happened at the UNM-NMSU football game in October.

The video, obtained by KOB 4, shows Peake initially had a gun pointed at him … while another man ran in and hit him in the leg with a baseball bat.

As Peake turned to sprint away from his attackers, the clip shows he pulled out a firearm — and began shooting. Cops say he and 19-year-old Brandon Travis traded gunfire … before Travis was eventually struck and killed.

According to police, Peake was also hit by gunfire during the altercation. He’s since undergone multiple surgeries, but is expected to recover. 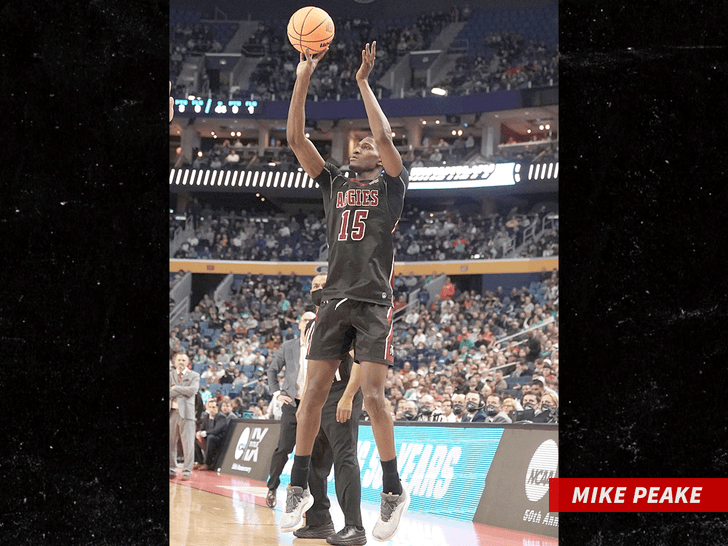 NMSU announced earlier this week Peake — who had started two Aggies games this season — has been suspended from the school’s basketball team indefinitely over the altercation.

Two UNM students, meanwhile, have been arrested and charged for their roles in the incident. An investigation is still ongoing.