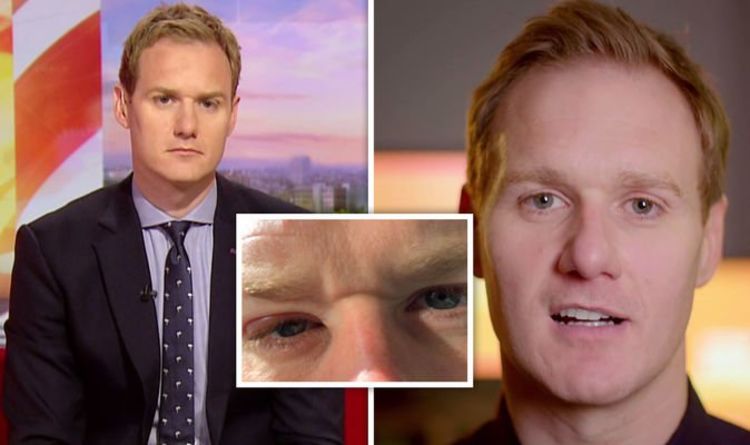 Dan Walker, 42, uploaded a close-up photo of his face to share his problem with his 568,000 Twitter followers.

One of the BBC Breakfast star’s eyes were red, with his eyelid swollen and appeared heavy.

Dan revealed he had woken up like it and joked he may need to borrow Madonna’s eye-patch, which she debuted at the Eurovision Song Contest 2019 final, for tomorrow’s breakfast show.

He posted: “Woke up this morning with this beauty.

Woke up this morning with this beauty

He added: “Might have to borrow Madonna’s eye-patch for #BBCBreakfast tomorrow

Dan’s fans were sympathetic with his issue with many replying to his post, wishing him well.

One said: “Have you got conjunctivitis Dan, hope you are feeling better soon. X.”

Another said: “Ouch, that looks sore get to the chemist ASAP, and later enjoy Father’s Day.” 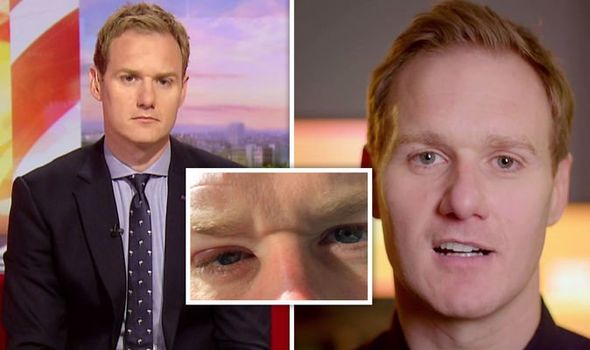 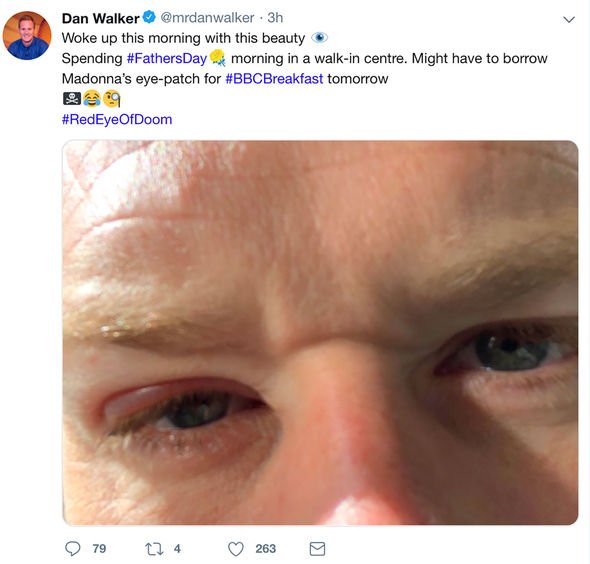 She wrote beside the image: “Can anyone else in the world match the tidiness and organisation of the Phil Neville family fridge? Is yours as chaotic (or empty) as mine and @ChrisMasonBBC ‘s?”

Dan wasn’t impressed with the lack of mess or rotten food in Phil’s fridge.

He replied: “Where are the spring onions from 2013 and the plastic box with the leftover lasagne in it from a month ago which is now growing hair? Not good enough.” 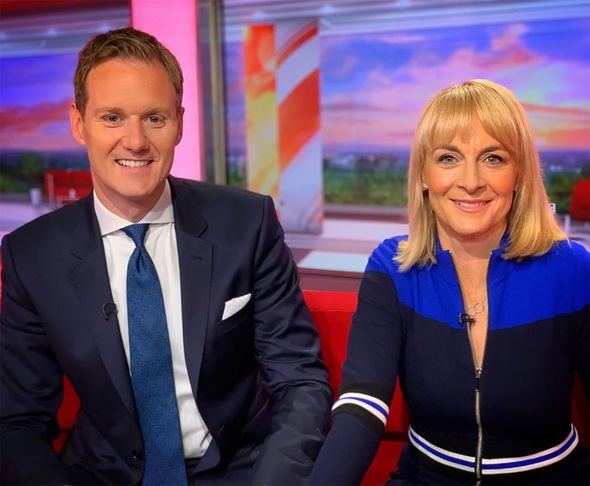 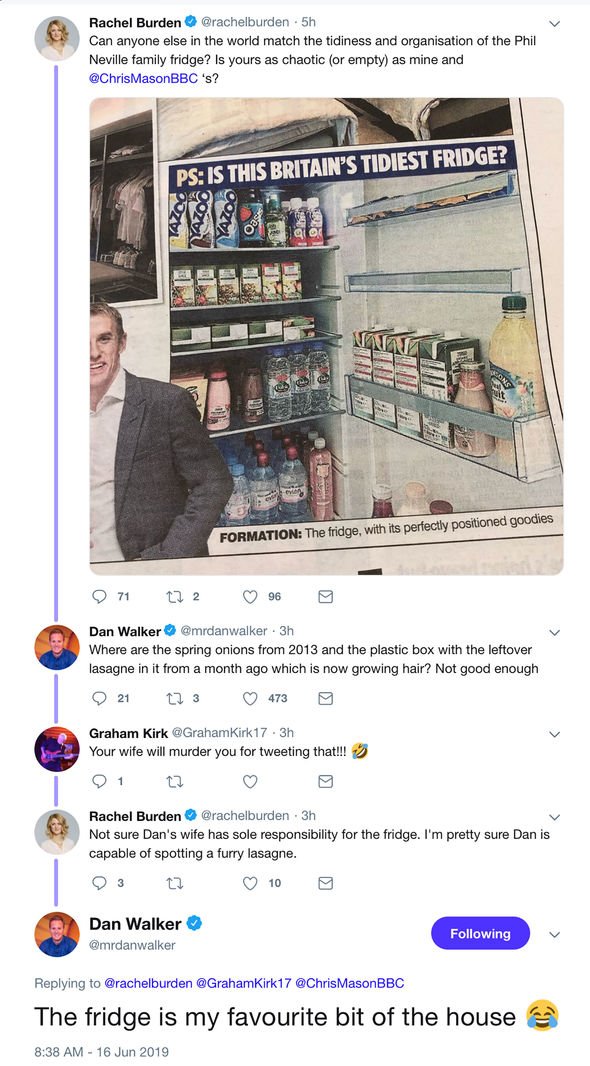 One person wrote to Dan: “Your wife will murder you for tweeting that!!!”

Rachel didn’t seem impressed with the fan’s comment and hit back: “Not sure Dan’s wife has sole responsibility for the fridge.

“I’m pretty sure Dan is capable of spotting a furry lasagne.”

Dan added: “The fridge is my favourite bit of the house.”

BBC Breakfast airs on BBC One at 6am.