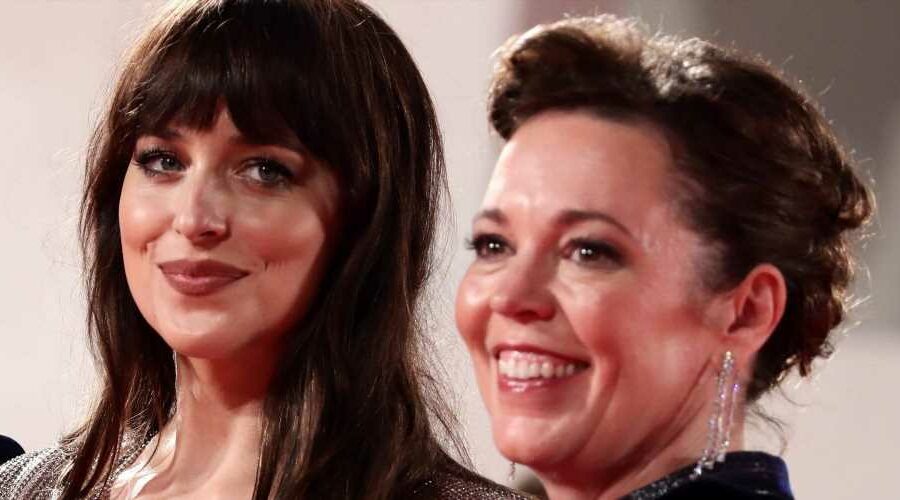 With her impressive collection of tattoos, it was only a matter of time before Dakota Johnson got on the other side of the needle. In a new cover story for Town and Country, Johnson talked about the process behind her new film, The Lost Daughter, and a cameo from co-star Olivia Colman revealed that Johnson managed to play tattoo artist, giving Colman her very first tattoo.

It all happened while they were promoting the film together, Johnson said. While late-night talk shows, film festivals, and photoshoots may seem like a packed schedule for even the most seasoned stars, Johnson and Colman explained that they always have a good time when they're together and when they've got director Maggie Gyllenhaal by their side. It was that fun, free-wheeling spirit that had Colman itching to get a tattoo, she explained.

"Maybe it was me being completely seduced by this gorgeous person and wanting her to think I was cool," Colman said, not giving any further details on exactly what she got done. "Or maybe it was my midlife crisis." Johnson's side of the story is a little more sinister. She told T&C that getting a taste of freedom post-COVID lockdowns had her and her pals feeling loose.

"The thing is," she said, "people are not behaving normally. If you go to a party, you fucking rage."

"We just had such fun," Colman said of her time with Johnson and Co. "It's often the case that if a film is about stuff that's quite hard, you end up laughing a lot."