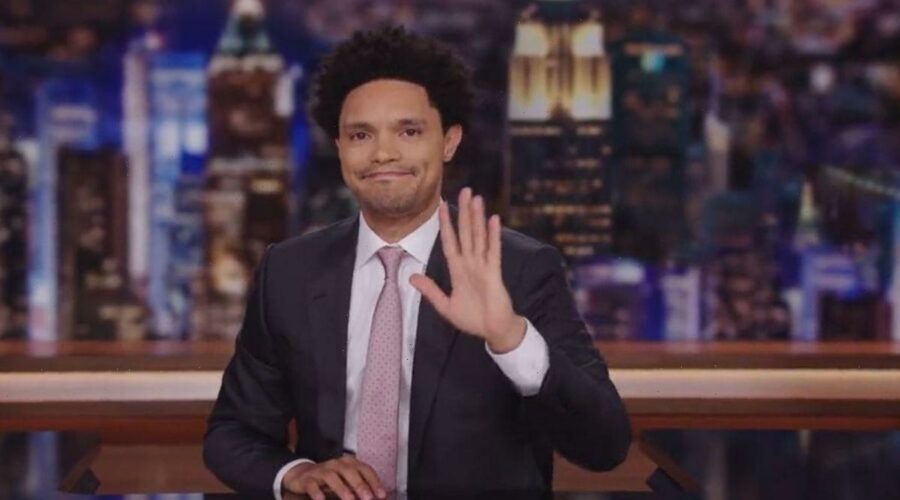 The Daily Show host Trevor Noah, 38, said he did not claim the “entire UK” is racist after being questioned about his previous comments by Sajid Javid and other politicians and commentators. The South African comedian claimed on a clip from the satirical US news show that British people were claiming “Indians were going to take over the UK”.

The comments sparked backlash from many, including former Cabinet minister Sajid Javid.

Others, such as Piers Morgan on his show Uncensored, criticised The Daily Show for falsely portraying the UK as a racist country.

Responding to Piers on Twitter, Noah said: “C’mon Piers you’re smarter than that.

“I wasn’t saying ‘The entire UK is racist’, I was responding to the racists who don’t want Rishi as PM because of his race…

READ NOW: Lewis Hamilton confesses ‘I feel so alone’ after reflecting on split

However, Piers retaliated to Trevor by saying: “No, you c’mon Trevor… there was no ‘backlash’ in the UK to Rishi Sunak becoming PM because of his heritage.

“And we Brits are bored of US media (& disingenuous duchesses) making us out to be a bunch of racists.”

It comes after the presenter released his monologue, titled “Unpacking the backlash against new UK PM Rishi Sunak.”

He said: “What I mean by that is this, you hear a lot of the people saying ‘Oh, they’re taking over, now the Indians are going to take over Great Britain and what’s next?’

“And I always find myself going ‘So what? What are you afraid of?’”

“A narrative catered to his audience, at a cost of being completely detached from reality.”

Asked whether Mr Sunak believes Britain is a racist country, a Downing Street spokeswoman said: “No he doesn’t.”

In the comments section on the short clip, viewed over 850,000 times, social media users also criticised Noah for “projecting” his “American” views on race onto Britain.

Tom Harwood said: “What backlash? Where? You’re making things up.”

Mike Preston wrote: “I wasn’t aware there had been a backlash except among the woke left such as Noah. All of the people I know in the UK are quite relaxed about it, it’s not even an issue. I suggest Mr Noah looks a bit closer at the society he lives in for backlashes.”

Steffy added: “I’m in UK, and this was the first I heard about anyone saying anything about Rishi’s colour or race. The first thing people talked about was the hope that he will sort out the economy from the mess Truss has left.

“People here are far more worried about our economy and the energy crisis. Race was hardly mentioned and bare in mind Rishi is pro-Brexit( I was a remainer).”

Alex Miller agreed: “There really hasn’t been a backlash against Rishi Sunak ..certainly not on racial grounds.”