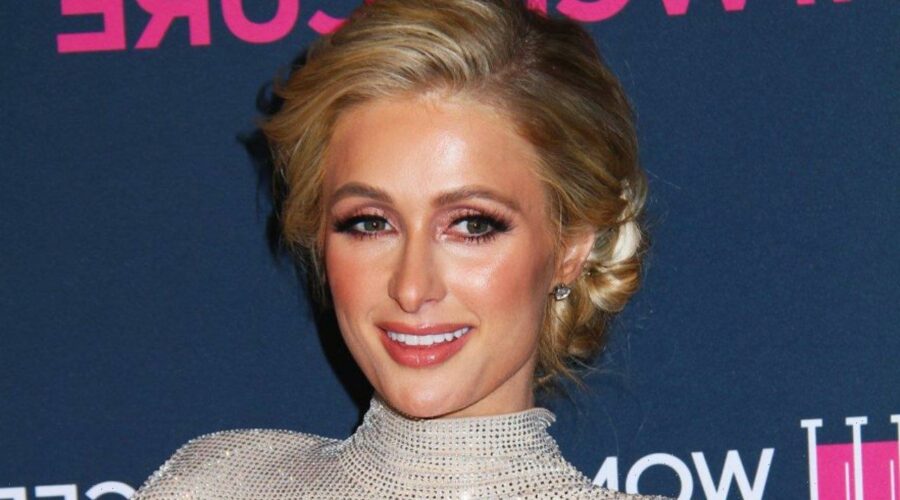 After Paris set the record straight on her infamous tank top, Jubilee insists that she ‘didn’t want anyone to think it was real’ since she thought that it was ‘pretty obviously fake.’

AceShowbiz -The artist behind Paris Hilton‘s viral “Stop Being Poor” meme has shared her side of the story. After the “This Is Paris” star took to her TikTok account to debunk the viral photo of her wearing the infamous tank top, its creator Jubilee was invited to appear on “This is Paris” podcast, and admitted that she “felt really bad” about it.

In the Thursday, May 6 episode of the podcast, Jubilee revealed the behind story. She revealed that she initially posted the photoshopped image on her Tumblr page, but didn’t get much attention until a news outlet picked up on it. “They actually thought the shirt was real … I didn’t want anyone to think it was real. When I look at it, it seems pretty obviously fake to me,” she added.

“The response definitely surprised me,” the female artist admitted. “It got a lot of notes really fast, then articles were written about how she was an awful person for wearing it and it made me feel pretty bad because honestly, I was just trying to make a funny shirt.”

Jubilee then told the former “The Simple Life” star, “I definitely never meant any ill will or anything like that, and I’m sorry it caused you stress cause you thought it was the paparazzi.” She added that in actuality, “it was just some dumb kid with photoshop.”

In the podcast, Paris admitted she “definitely had a moment of insecurity” because of the edited image. “I would never want to offend anyone and telling people to stop being poor is just the opposite of my personality,” she explained. “It was really hard for me to have people thinking that I would wear something like this.”

Prior to appearing on the Thursday podcast, Jubilee shared a tweet confirming that she was the one who edited the photo. On Tuesday, May 4, she wrote, “LMAO omg paris hilton made a tik tok abt the shirt i photoshopped.” 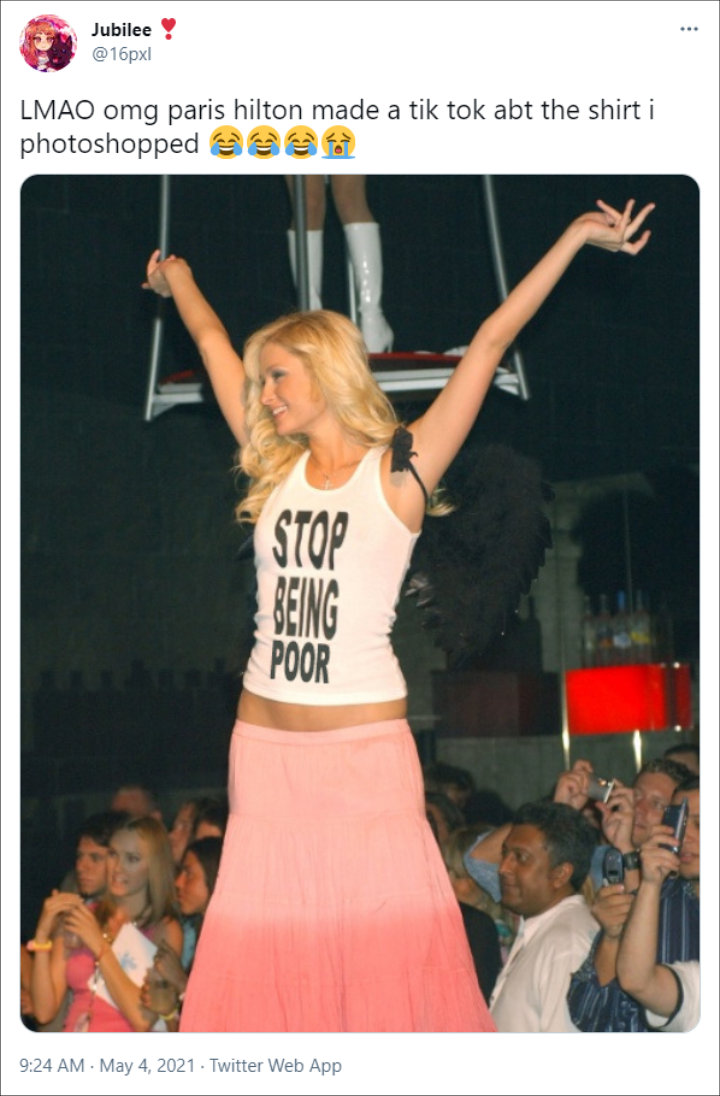 Jubilee confirmed that she was the one who edited Paris Hilton’s photo.

After years of assuming the photoshop editor was paparazzi, Paris replied the tweet, “OMG I always thought a paparazzi agency edited it! So hilarious & #Iconic I thought it was funny when it came out but I also didn’t want to insult people by thinking I would wear that.” The “House of Wax” actress added, “Glad to finally clear this one up for the haters [love].”

One day earlier, Paris took to TikTok to set the record straight on the viral photo of hers. At the time, the 40-year-old socialite said, “So there’s this photo online of me. I’m sure you’ve seen it.” She then declared, “I never wore that shirt.”

“This was completely Photoshopped. Everyone thinks it’s real, but that’s not the truth.” She went on to reveal what was really written on her tank top. “This is what [the tank top] really said,” she pointed at a photo of her sporting a white top with a message that read, “Stop being desperate.”