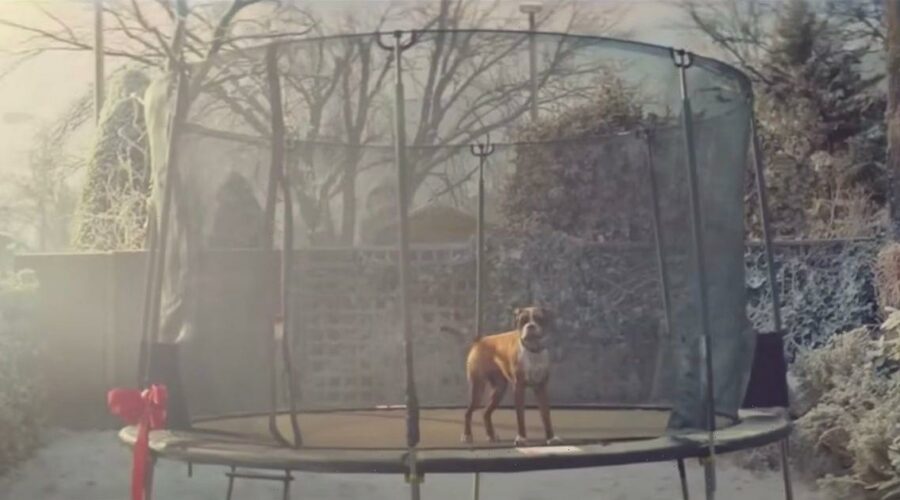 Buster the boxer from the 2016 John Lewis Christmas advert, has sadly died it has been announced.

Biff, the dog who portrayed the lovable pooch, quickly captured the hearts of the nation with his starring role in the retailer’s holiday advert.

John Lewis’ two-minute film saw a daughter being surprised with the gift of a trampoline from her parents.

Opening with a cover of Randy Neman’s One Day I’ll Fly Away, the dad is seen setting up the trampoline the night before Christmas. Later that night, animals in the garden test out the gift, as Buster the boxer watches on.

The next morning, as the trampoline is unveiled to the daughter, Buster runs past her towards it, and the advert ends with him happily jumping away on the trampoline.

Six years on from the advert, Biff the dog has died, his owner has shared.

Biff suffered seizures following on from his 12th birthday in November. His owner Jeb Patten said: “we couldn’t bring him back from (the seizures), so we had to let him go".

"At home, he was pure joy, making us smile every day. I don’t know if you are aware but boxers are known as the clowns of the canines, and even though Biff would be professional at the right time, he never lost the ability to make us laugh.

"We shall miss him so much."

Fans have shared their devastated reactions after learning the news of Biff’s death.

A second fan said: “Run Free Beautiful Biff . Loved by so many. U were a superstar as Buster in the John Lewis Christmas advert jumping on the trampoline & jumping into so many people’s hearts.”

A third added: “This makes me sad. My favourite Christmas ad. Such a lovely dog.”