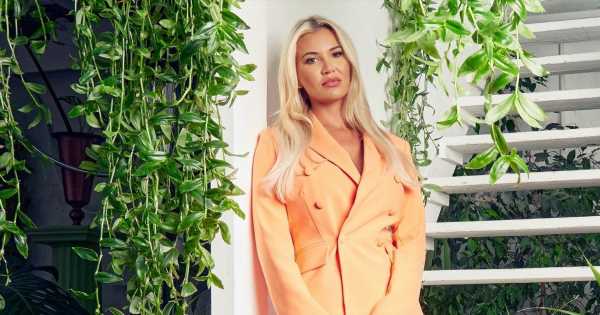 In her forthcoming memoir Campaigner Christine McGuinness confirms she has been diagnosed as autistic, just like her three children

Christine’s autobiography, A Beautiful Nightmare, is full of revelations and in the latest excerpts, serialised by The Mirror, the mum of three has confirmed she has been diagnosed as autistic just like her three children.

Christine, who shares twins Penelope and Leo, eight, and five year old Felicity with husband and TV presenter Paddy McGuinness, said there have been “little hints” throughout her life that she is autistic and more like her children than she “ever could have imagined”.

“My issues with food, my social struggles, my indecisiveness,” the 33 year old penned.

“The way I float through life reminds me of how my eldest daughter Penelope is. It all makes sense now.

“And as much as I’m not totally surprised by this news, it’s still been emotional for me to accept, but it’s quite a relief as well.”

Christine, who had a tough childhood growing up in Halewood and now resides in Cheshire, was diagnosed by Sir Simon Baron-Cohen at Cambridge University back in August after filling out an AQ questionnaire.

“The scale goes from zero to 50 and the average neurotypical person would score up to 15,” she told readers.

“While my husband was bang on average, mine was 36, which is high.”

And after a turbulent few weeks between finding out her results and receiving her official diagnosis, Sir Simon put her out of her “misery” and confirmed Christine is autistic.

“And not just mildly – I’m quite high up the spectrum,” she said.

The mum of three goes on to explain that while she does feel that relief now, she also feels “really sad” for her younger self.

“Because of my inability to concentrate and my hatred for school, I left with no GCSEs,” Christine explained.

The TV star revealed her variety of symptoms include her food aversions, indecisiveness and struggles to socialise, but added there are many positives she can take away from her condition.

“I’m quite creative and artistic, and I enjoy doing crafts and painting with the children,” she said.

“In fact, art was the only lesson I liked at school.

“One of my finest qualities is that I’m very open-minded to people and I think I’m genuinely kind,” Christine continued.

“That’s something that’s in my children, too.”

While, Christine outlines the positives her diagnosis can bring – like when she talks to her three children about their condition – something she hasn’t done yet is she can tell them that she too has autism.

But she worries about some negative repercussions, too.

“I really worry about changing myself, because I don’t want to,” she said.

“I think I’m OK, but I’ve lived a life that’s very suitable for an autistic person.

“Everything’s been a slow burner – Patrick’s career, our relationship – which is great for me, because I would have struggled to cope with a sudden big change.”

But she added that she hopes her diagnosis will “do a lot of good” and that it will be “inspiring” to others.

“I’m living proof that, although it’s not easy, with a bit of grit, resilience and a supportive family you can achieve anything,” she wrote

Preorder Christine McGuinness: A Beautiful Nightmare (RRP £20, out 25 Nov) and save £5 with the offer code XA9. Order online at Mirrorbooks.co.uk

For the latest news on Christine, sign up to OK!'s daily celebrity newsletter.