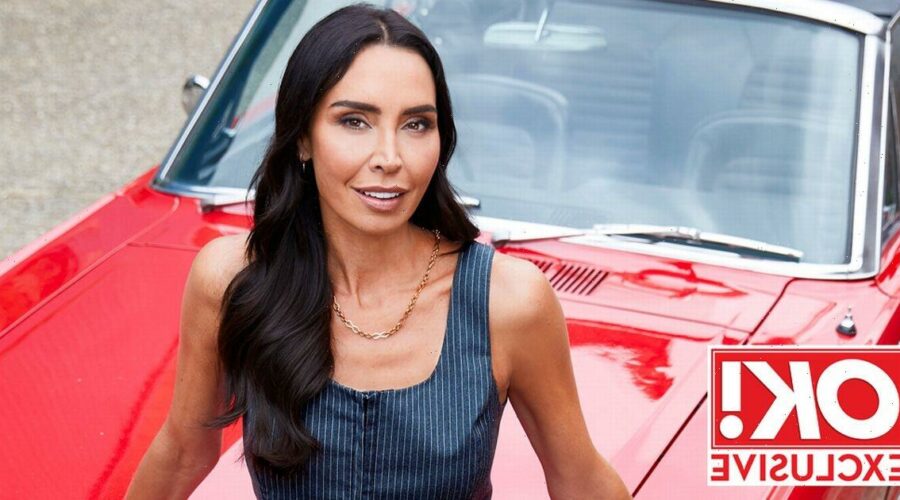 Christine Lampard has revealed she is yet to meet Jamie Redknapp's "gorgeous-looking" nine-month-old son.

The presenter, whose husband Frank is Jamie's cousin, admitted life has been so busy since little Raphael was born last November that the two families schedules have clashed.

Speaking to OK!, Christine said: "I haven’t seen him yet. He is the cutest! He’s gorgeous looking – he’s a real mixture of the two of them.

"Frank’s been away all of June and now he’s up there and Raphael is still only a wee thing, and then they went away on a boat somewhere before we went away, but we get sent pictures!”

Jamie, 49, is the maternal cousin of Frank and wed his wife Frida Anderson, 38, in October last year before welcoming their first child together the following month.

Christine, 42, and Frank, 44, were among the glamorous guests who attended Jamie and Frida's wedding reception at Scott's in Mayfair.

It's hardly surprising they managed to bag an invite to the wedding party since Jamie and Frank are first cousins through their mother's Sandra and Pat Harris.

The two former professional footballers have both played under Jamie's dad Harry while at Southampton and West Ham United respectively.

Frida is also a proud mum to four other children whom she shares with her ex-husband Jonathan Lourie, while Jamie shares sons Beau and Charley with ex-wife Louise Redknapp.

Jamie, and then-wife Louise, attended Christine and Frank's wedding in 2015, with Christine revealing to OK! that he performed an impromptu rap while their wedding singer Ed Sheeran was performing.

She said: "We’re very lucky to be mates with Ed. He’s a big football fan. He’s a very, very good mate and he moved mountains for us to be able to be on our day, which we’ll never ever forget him for.

"My dad drummed with him – and Jamie Redknapp got up and did a rap.”

Ed was midway through a 138-day tour with his record X when he pulled out all the stops to be there.

Christine's father Frederick, who their 16-month-old son Freddie is named after, was a drummer in a band and played alongside Ed on the day.

Christine is currently standing in for Lorraine Kelly with co-host Ranvir Singh on ITV’s Lorraine for the summer. Frank, who shares kids Patricia, three, and Freddie, two, with Christine, currently lives 220 miles away from the London family home in Liverpool for his job as Everton manager.

As well as sharing the home with their children, they also live with Frank's daughters Luna and Isla from his former relationship with Elen Rivas.