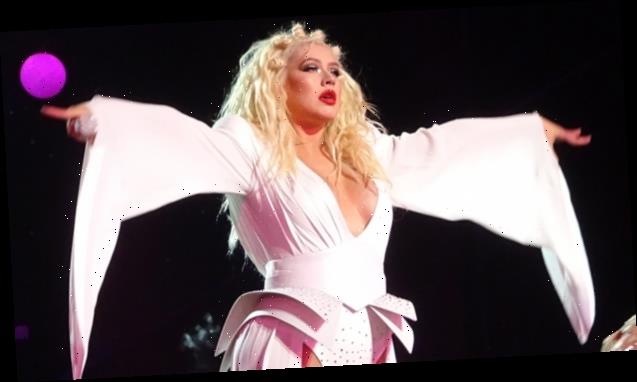 Christina Aguilera was ‘feeling hopeful, positive, inspired, and recharged’ for 2021! Check out the celebrated singer’s first sexy selfie of the new year!

There’s absolutely nothing stopping Christina Aguilera this year! The gorgeous, Grammy-winning singer, 40, took to Instagram on January 5 to post her first official selfie of the new year and she did not disappoint. In the snap, Xtina looked absolutely stunning in a skintight blue bodysuit. Her makeup was done to total perfection and effortlessly highlighted her natural beauty.

Along with the blue bodysuit, Christina’s hair was donned in a tight, long braid that fell far past her shoulders. She also sported some dazzling silver earrings, and kept her gaze upwards. “Feeling hopeful, positive, inspired, and recharged for the year ahead,” Christina began the caption to her post, adding prayer hands emoji, a lightening bolt emoji and a white heart emoji. “2021— please be gentle on us,” she concluded the caption.

Although she welcomed 2021 with open arms in her first selfie of the year, Christina was celebrating the end of 2020 just a few short days ago! On January 1, Christina shared a video of herself lounging in a bathtub while rocking a cowgirl hat and drinking bottomless champagne. The clip, which featured a vintage filter, was the perfect way to usher in the new year, and Christina captioned the video with a pair of champagne glasses clinking after a toast.

While Christina, like so many other people, was beyond glad to bid adieu to 2020, her year did end with a major milestone. On December 18, the “Reflection” singer turned 40 years old! In true Christina fashion, she took to social media to share some fierce footage of herself turning the hallway in her home into her own personal runway. Christina totally worked it in another skintight bodysuit and a dazzling long blonde ponytail.

As Megan Thee Stallion‘s “Body” played in the background, Christina swung her hips as she did her walk before turning and giving the camera a bold look. By the looks of some of her recent Instagram posts, Christina is more than ready to take on this new year. We cannot wait to see what 2021 brings for her!