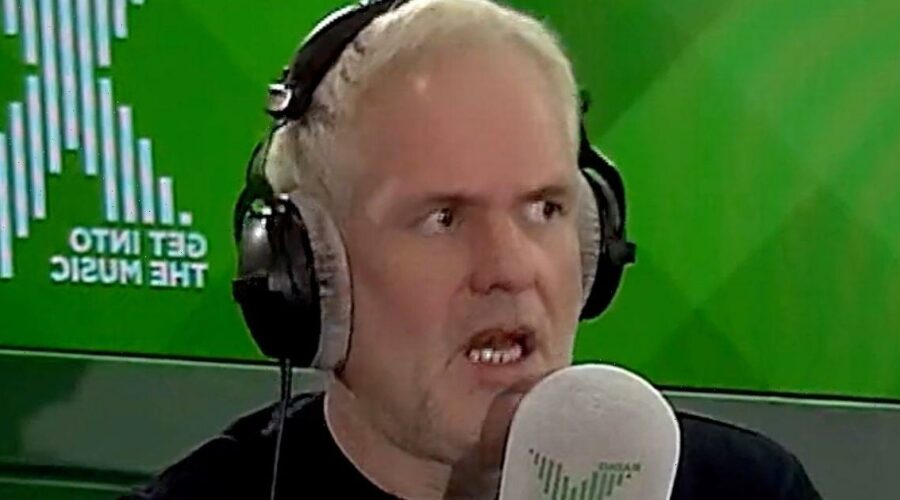 Chris Moyles has responded to claims that he is secretly Doughnuts on The Masked Singer.

The 47 year old radio presenter addressed the speculation on his Radio X show The Chris Moyles Show Monday, January 10, and fired back at the “rude” suggestion.

Chatting with fellow hosts Dominic Byrne and Pippa Taylor, Chris was angry at the idea the character – who had sung the Spice Girls’ pop hit Spice Up Your Life during their latest show performance – was actually him.

“I’m going to play you the ‘singing’ and then we’re going to discuss this ‘ooh it could be Chris Moyles’ scenario,” the radio host told listeners.

“Okay, roll the tape. Let's have a listen. So this is the Doughnut. Now you know how it works. There's somebody dressed as a doughnut person. It's a horrendous costume by the way. Anyway, could this be me?

As the clip came to an end, Chris said he’d never been so “insulted” to be compared with the mystery celebrity’s mediocre voice.

“Because you can famously sing…” Pippa teased, as Chris reminded everyone he was in an Andrew Lloyd Webber musical.

“And people are going ‘that could be Chris Moyles?!’ Now I don't know who said it was me. If it was Davina [McCall] she's in trouble because she just went ‘definitely not a singer!’”

The former Radio 1 breakfast host was getting progressively more riled up at the suggestion he was the Masked Singer star as he asked producers to play another song.

Following a segment of Spice Up Your Life, Chris joked he was friends with a “a few Spice Girls” so it could be him.

But when the audio began, the radio host shut down the rumours once and for all.

“Get stuffed! Shove your Masked Singer!” he yelled, as Dominic laughed: “Mr Doughnut, or whatever he’s called, he can’t sing, can he? Mr Doughnut can’t sing…

“‘Mmm, is it Chris Moyles?!’ Shove it! How rude! I don’t think that’s even a famous person, I think that’s somebody trapped.

“It’s one of the staff from a dress rehearsal the other day trying to get out of the stupid costume,” the personality added. “Just to clarify then, in case you haven’t worked out from what I was saying… It might be me…”

For all your latest updates on Chris Moyles and other radio presenters, sign up to OK!'s daily newsletter.