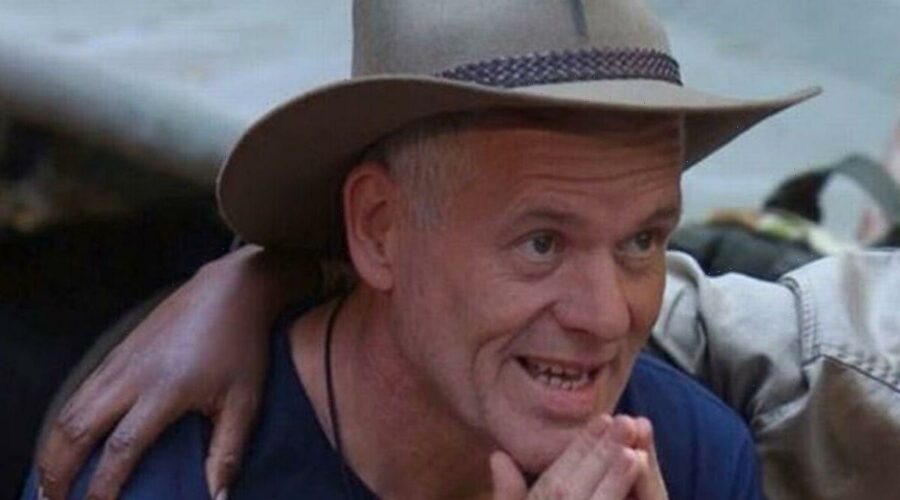 Tiffany Austin has been dating Chris Moyles since 2015 and is linked to fellow campmate Boy George due to her successful career in artist management. However, she has expressed her “worry” for her partner due to the trials on I’m a Celeb, but does think the “airtime” will do him good.

I am worried about him!

Tiffany has admitted that she misses Chris “making me laugh everyday” but seeing him in the jungle has made it easier.

She landed in Brisbane airport to support Chris and George in camp and said she was pleased with what she had seen so far.

However, she did express concern over the trials, with Chris having taken part in two in a row.

“It is wonderful he can get some airtime as well.”

Tiffany also shared her happiness that Chris has fellow friend Boy George in there with him, taking some of the “worry” off her back.

She continued: “I would like both of them to win, I love them both and I am just so excited. It is lovely they have each other in there, for me anyway.

“This is what he does every day for a living – he makes me laugh every day.”

“I definitely think Chris is being himself. There is a Chris people know and the one I know that you are seeing now. The one at home is much quieter.

“I miss him making me laugh. He makes me laugh every day, yeah.”

Tiffany also shared viewers are seeing the true Chris Moyles, with her saying: “Very much so. Chris is the quieter Chris off the air and George is the chanting George, very spiritual, someone, who likes to take himself off and have his own time.

“I think they have coped with the introduction of Matt Hancock quite well.”

Tiffany is originally from Beverly Hills, where Chris spent most of his downtime during his break between Radio 1 in 2012 and joining Radio X in 2015.

The pair were so besotted that Tiffany made the decision to move from Hollywood to London to be closer to him.

Chris spoke out on the ITV show about how he met Tiffany and also discussed their blossoming relationship.

He said: “I decided to take a year off at that point. And that was fun. I went and rented a house in LA for a month, texted all my mates that lived there and people I’d got to know going, ‘I’m back in town for 4 weeks, let’s get a coffee, let’s get dinner, let’s go to the pub.’

“And I had a little life. And that’s where I met Tiff. She was living there.”

Chris said: “Yeah, so everything happens for a reason.”

I’m A Celebrity… Get Me Out Of Here continues tonight on ITV at 9pm.