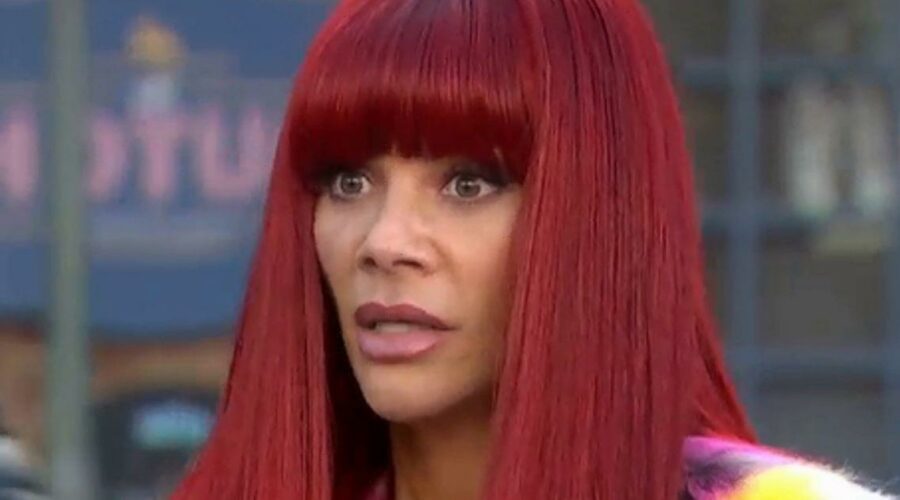 She’s best-known as the outspoken Goldie McQueen on Hollyoaks, but actress Chelsee Healey looked worlds away from her onscreen alter ego on a night out in London over the weekend.

In a number of snaps posted to her Instagram page, a glamorous Chelsee looked unrecognisable as she posed for the camera in a black cut out dress which showed off her fabulous figure.

The 33 year old wore striped black and nude tights over her heels and accessorised with large silver hooped earrings and a classic Chanel quilted handbag.

Gone was the edgy look Chelsee sported for her role as Goldie McQueen. Instead of her red locks, she wore her hair in glossy black curls that fell to her waist.

Her makeup was flawless and bronzed to perfection, and she wore fluttery black eyelashes and a slick of brown lipstick to complete the look.

She captioned the image: "It's London and it's my favourite night”.

The snaps earned the actress plenty of praise from her Instagram followers, who deemed her “smoking”, “queen” and “absolute goddess”.

Whilst she’s currently still starring in Hollyoaks, rumours have swirled that Chelsea is set to reprise her role as Janeece Bryant on the BBC show Waterloo Road, which is returning for a reboot after six years off-air.

The last time she was seen on Waterloo Road, Janeece was heading off to Ibiza for a new life after daughter got injured due to her carelessness.

The Sun reported that a source said: “Chelsee rose to fame on Waterloo Road so it holds a huge place in her heart.

“She’s chatting to them about what she can do to be part of the reboot, but she won’t be quitting Hollyoaks.

“She’s a well-loved character so bosses are keen to give her the time off she needs so she can film the BBC show.”

Chelsee’s old Waterloo Road cast members including Adam Thomas, Angela Griffin and Katie Griffiths have all been confirmed to return to the BBC drama.

Chelsee, who is mother to a four year old daughter, is yet to comment on the rumours.