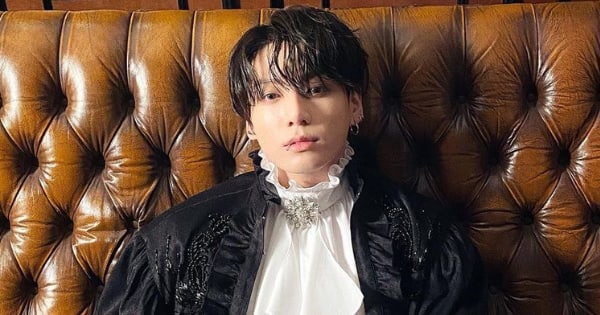 BTS member Jeon Jungkook has landed in Doha, Qatar. It seems he will be rehearsing for the opening of the FIFA World Cup 2022. A number of celebrities have been roped in for the event. The list also includes Nora Fatehi. Jeon Jungkook arrived by a private plane from Korea’s Gimpo International Airport. The vocalist was seen wearing specs. It seems his eyesight has become poor so he is now wearing glasses 24 x 7. His bandmate Jin flew to Argentina from the Incheon Airport. Well, Jungkook has landed in Doha Qatar and the singer is getting royal treatment.

The officials from FIFA World Cup 2022 gave him a beautiful bouquet on his arrival. The airport authorities played Left and Right on all the screens. It seems some fans had gathered outside with placards to welcome the Golden Maknae. It is unknown if other BTS members will soon join Jeon Jungkook in Qatar. As we know, Hyundai is one of the sponsors of the FIFA World Cup 2022. BTS has released the Hyundai Goal of the Century Song last month. Well, Jungkook cutely waved to some fans who were waiting outside Doha Airport with banners supporting the Golden Maknae. Take a look…

We can see that Jungkook looks too cute in his latest hairstyle. Fans are speculating that he will play a bit of football too. The teams are busy with last minute prep.

11/06/2022 Celebrity Comments Off on BTS: Jungkook lands in Qatar for the FIFA World Cup 2022 prep; here’s how he got a royal welcome
India