Britney Spears, 39, is thankful one of her fellow pop stars — Lady Gaga — is showing support after her 13-year-long conservatorship came to an end. The “Stronger” singer sent some kind words to Gaga, 35, on Monday, posting a photo to her Instagram of the “Poker Face” singer and a subsequent video of her at the House of Gucci Milan premiere on Nov. 13 in which she voices her support of Britney and says she “will forever be an inspiration to women.”

“Why hello sexy lady !!!! Thanks again for your kind words ….. you’ve inspired me too and I’m in love with this outfit !!!!” Britney wrote in the caption. “You’re my inspiration for the rest of the year and congrats on your amazing movie !!!! Love, B 💋💋💋 ” 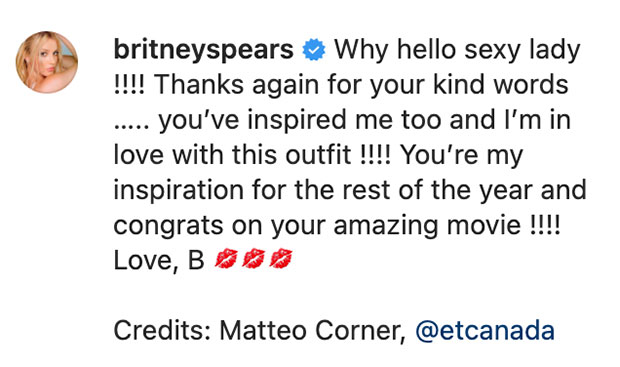 The post comes at an interesting time after Britney just expressed her concern that her other pop contemporary Christina Aguilera, 40, seemingly didn’t give her the same justice. While attending the 2021 Latin Grammy Awards, a reporter asked Christina if she had “any communication” with her former Mickey Mouse Club co-star as a publicist intervened and said, “No, we’re not doing that tonight, I’m sorry.” As Christina was being pulled away, she quickly added, “I can’t… but I’m happy for her.”

Britney was seemingly rattled by Christina’s response — or lack thereof — and posted the video clip to her Instagram story with a message over it. “I love and adore everyone who supported me… but refusing to speak when you know the truth, is equivalent to a lie!!!!” Britney began on Nov. 20. “13 years being in a corrupt abusive system yet why is it such a hard topic for people to talk about??? I’m the one who went through it!!!! All the supporters who spoke up and supported me, thank you… yes I do matter!!!!!” Britney also followed that clip with the above video of Lady Gaga, obviously grateful to the “Rain on Me” singer for her unbridled support. 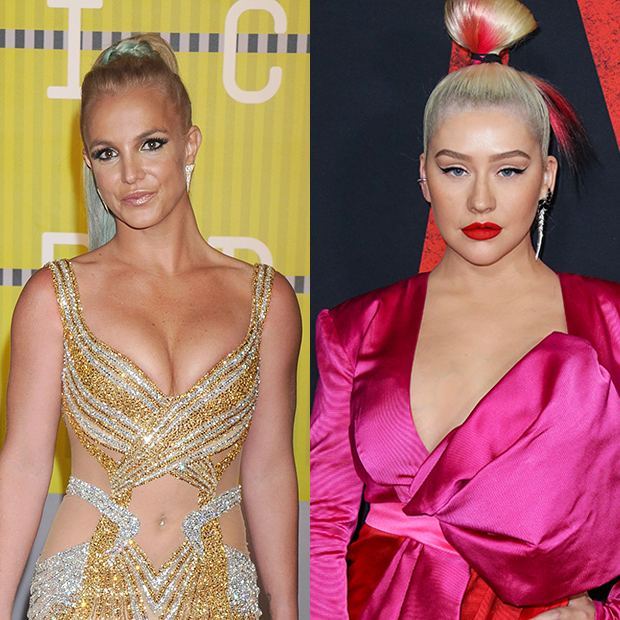 Following Britney’s expressed discontent, Christina was reportedly “genuinely surprised,” a source EXCLUSIVELY spilled to HollywoodLife. “Christina wasn’t expecting to be called out from Britney, she was genuinely surprised over the call out. They obviously aren’t close friends with each other anymore, but they still hold a history with each other that Christina feels she should still protect,” an insider revealed. “Now Christina would like to have a private chat with Britney to settle some issues that still clearly lie.”

Although Christina didn’t say much at the Latin Grammys, she did express concern of Britney’s situation in June, writing a long Twitter thread in support of the “Me Against the Music” star. “What Christina said back in June [via Twitter] was from the heart as she was really concerned with Britney’s well-being,” our source continued. “Now things are clearly very awkward after Britney decided to share her thoughts on what she thinks Christina did or did not do throughout the conservatorship. She is not looking to be in any type of feud. She wants Britney to be healthy and happy and she doesn’t want to be the cause of any sort of hurt whatsoever,” they concluded.