For the first time, Britney Spears made a public testimony in court addressing her yearslong conservatorship case that has put her at odds with her father, Jamie Spears.

Britney Spears has spoken. The 39-year-old singer addressed a Los Angeles Superior Court judge via video on Wednesday (June 23) to hash out her controversial conservatorship in a public forum for the first time. For years, Britney has been fighting to remove her father Jamie Spears, 68, from controlling her conservatorship. Britney, who took part in the hearing remotely, compared her father to a “sex trafficker” and said that “he loved” having control over her.

Britney also said during the hearing that would like to “sue” her family and that “they should go to jail.” She went on to call the conservatorship she’s under “abusive.” Additionally, Britney claimed that was unable to see her friends she made during AA meetings for three years and was given lithium after being on a different drug for the past 5 years. “It felt like I was drunk,” she said. Britney also said that she wants to end the conservatorship “without being evaluated.”

Britney has been under a court-ordered conservatorship for the past 13 years, which came following a series of psychiatric hospitalizations in early 2008. Jamie is currently co-conservator along with the wealth management firm Bessemer Trust over Britney’s estate, meaning he controls her finances and career. But Britney is seeking to have her dad replaced as her conservator by Jodi Montgomery, her temporary care manager. The ongoing conservatorship battle was the subject of the February 2021 documentary Framing Britney Spears. 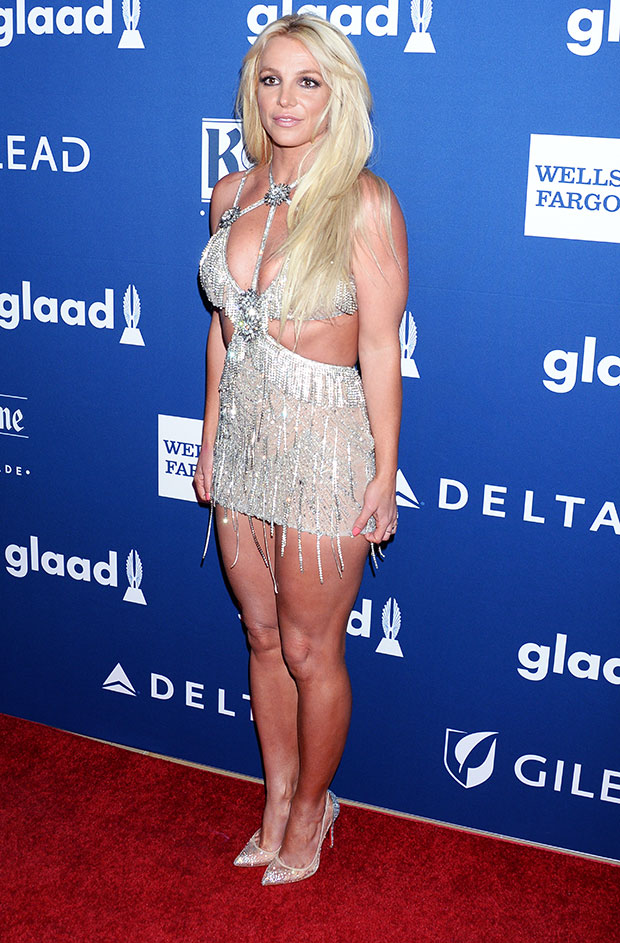 Britney has not addressed a judge regarding her conservatorship since May 2019, when her words didn’t leave the courtroom. In Nov. 2020, Britney’s attorney Samuel Ingham told the court on the superstar’s behalf that she is “afraid” of Jamie and that “she will not perform again if her father is in charge of her career.” Jamie, for his part, has fought to remain his daughter’s co-conservator. He also slammed the Framing Britney Spears documentary and said that the “true” story is one about “a fiercely loyal, loving, and dedicated father who rescued his daughter from a life-threatening situation.”

Like her dad, Britney had some things to say about the doc. In a March 30 Instagram post, Britney admitted she “cried for 2 weeks” over how she was portrayed in the film and felt “judged, insulted, and embarrassed.” In May, she said the media has been focusing more on the “negative” times in her life rather than the “amazing” moments and called out the recent documentaries on her as being “hypocritical.”

06/23/2021 Celebrity Comments Off on Britney Spears Compares Her Dad Jamie To A ‘Sex Trafficker’: He ‘Loved’ Having ‘Control Over Me’
India