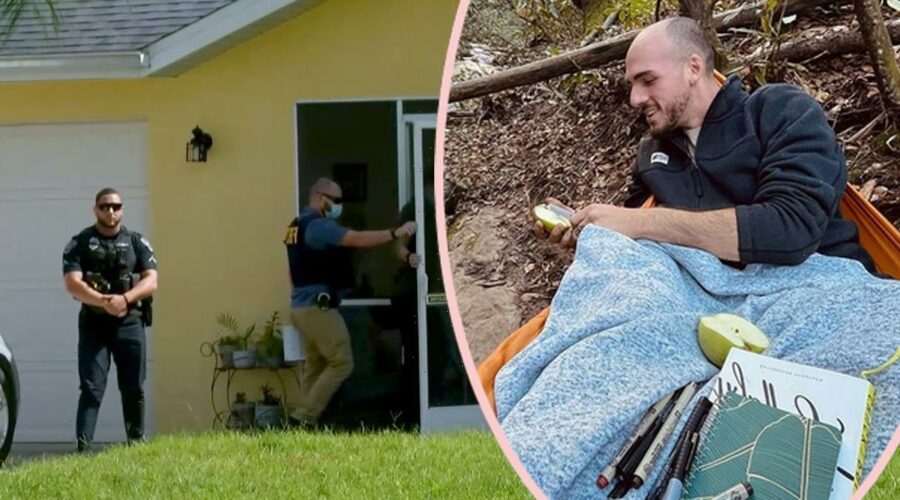 Can they be serious right now?!

After all the sketchy behavior the Laundries have displayed throughout this case, they might just legally be handed the final real piece of evidence in the Gabby Petito murder investigation??

OK, let’s rewind. Y’all remember when Brian Laundrie‘s remains were found? First off, it was his parents, Chris and Roberta Laundrie, who apparently knew exactly where to look because they found him in just a couple hours after law enforcement turned up nothing for a month. Of course, the cops and FBI were looking in the wrong place since the Laundries told them he went hiking in the Carlton Reserve, and he was actually in the Myakkahatchee Creek Environmental Park.

Well, when they found Brian they also found his dry bag, which had protected his stuff from the muck of the swamp. Or rather, Chris Laundrie found it. And handled it before giving it to cops. It turned out afterward that rather inconveniently the one thing that wasn’t inside, being kept safe and dry, was the notebook the 23-year-old had with him. Brian is dead, but here was something, maybe his last words ever. Could it shine a light on what happened? Finally give Gabby’s loved ones closure? Well, maybe… if it weren’t soaked and ruined.

Techs initially said it might be salvageable, and they could maybe get something from it, and… well, that was the last we heard of it. Until now.

Fast forward to a couple weeks ago when the Laundries filed a petition to claim their son’s estate — you know, because he didn’t expect to die so young and thus didn’t have a will. When we first learned of the legal filing the thing that jumped out at us was the fact Brian apparently had $20k in the bank. His family lawyer claimed he had a cash flow problem during the ill-fated road trip, he was charged with stealing Gabby’s bank card, and he had that much in savings the whole time??

Anyway, while we were watching the money, what we didn’t see was something possibly more valuable among his “assets”: the notebook.

According to The US Sun, Brian’s estate includes that notebook which was found so suspiciously by his father near his body. So if the Laundries get granted access to his estate, they may just be given that notebook? How? Isn’t it still evidence??

That notebook represented the last hope we’d get the truth about what happened. It’s hard to believe the authorities would just hand over the damn thing after all that, but then again… it’s hard to believe they’d let the fugitive’s parents come along and mess with evidence, that they’d lose Brian by confusing him with his 55-year-old mother, that, well, just about everything in this case.

12/31/2021 Celebrity Comments Off on Brian Laundrie Notebook Being Given Back To His Parents?!
India