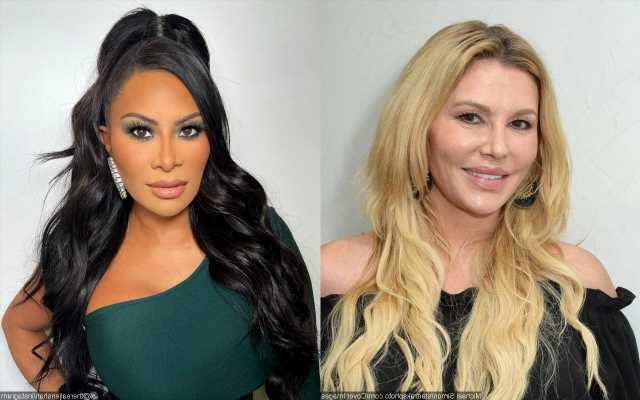 The ‘Real Housewives of Salt Lake City’ star was sentenced to six and a half years behind bars last week after pleading guilty to wire fraud and money laundering charges.

AceShowbiz –Brandi Glanville thinks Jen Shah should have received a longer jail sentence. “The Real Housewives of Salt Lake City” star was sentenced to six and a half years behind bars last week after pleading guilty to wire fraud and money laundering charges in connection with a telemarketing scheme and her fellow reality star thinks she got off lightly.

Appearing on “Watch What Happens Live” with Andy Cohen, she said, “My grandma’s birthday is today. She is 95, Grandma Hazel. No, it’s not fair. She should do more time.”

Asked if she had mentioned her grandmother because many of the victims of the scam were elderly or vulnerable, Brandi replied, “Yeah, she should do more time.” And Brandi said she “absolutely” believed Jen’s husband, Sharrieff ‘Coach’ Shah was aware of what his wife had been doing.

Elsewhere on the show, the 50-year-old star teased she was open to returning to “The Real Housewives of Beverly Hills“. Asked if she wanted to see herself back on the show, she replied, “Yes, with a paycheque.”

Jen, who has children Sharrieff Jr. (28) and Omar (19) with her spouse, is said to have defrauded “the elderly and vulnerable” for several years through her telemarketing scheme, along with assistant, Stuart Smith, who is expected to be sentenced in March.

Lawyer Priya Chaudhry said, “Jen has spent a month reading the names of those she has hurt. She has prayed for their forgiveness. But she cannot forgive herself. Jen understands she cannot undo the pain or repay them today, but today is about justice for them. Measuring the pain.”

Jen had initially pleaded not guilty to the crime before changing her plea last July, and must now report to prison on February 17, with her legal team recommending that she be detained in a minimum-security prison in Texas, although her reporting prison is yet to be decided.

01/13/2023 Celebrity Comments Off on Brandi Glanville Says Jen Shah Should Be Given Longer Prison Sentence: ‘It’s Not Fair’
India