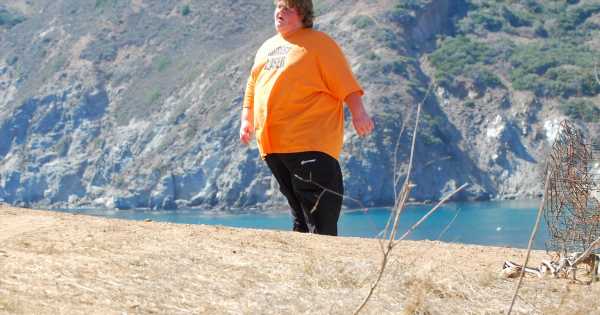 Daniel Wright, who found fame on the US series The Biggest Loser, has died at the age of 30.

The Season 7 contestant died almost two years after he was first diagnosed with cancer, and two days after his worried wife told his fans he was vomiting blood.

Daniel died on Sunday morning having battled leukaemia since being diagnosed in October 2017.

His devastated friend and co-star Courtney Crozier Respess confirmed the sad news in a Facebook post, writing: "I am so so heartbroken to hear about Daniel Wright this morning. He has fought SO HARD during his battle with cancer & more. This man is one of the kindest people I have ever met & is a true difference maker in this world!

"His faith has never faded, even in the darkest of times. I am honored to have known him!!!"

She added: "Please keep him & his beautiful, amazing, and beyond strong wife Rebecca Wright in your prayers today as he is being called to heaven. Rebecca will need all of us to lift her up now & for the months & years to come."

Rebecca, who married Daniel after meeting him on the American weight-loss show, had written on her Facebook on Friday that her husband was struggling and asked for friends to pray for him.

He needed an endoscopy to establish where the internal bleeding was coming from, which Rebecca said "comes with complications". "I will let you know when they will be doing the procedure as soon as I know. He is much more alert today but still quite foggy," she went on.

"Once that's all finished they’re going to be switching him back to the CVVHD or continuous dialysis because he's so weak and we need to get him to make that urine!! Man alive this is insane & alone seems impossible but with GOD all things are possible. THANK YOU for your prayers & well wish I adore you all!!!!"

The reality star was plagued with severe headaches , extreme fatigue and was barely able to walk before getting his diagnosis at the age of 28.

During his time in hospital, Daniel had 26 blood transfusions, platelet transfusions and intense rounds of chemotherapy to keep the disease at bay. At one point, doctors warned he was at risk of dying within four weeks of being admitted.

Daniel's Biggest Loser co-stars have been paying tribute to him since the sad news was announced.

Danny Cahill, who won the series Daniel was on, wrote: "Daniel's light has always been one of Grace, encouragement, wisdom, love and honor throughout the time I have known him. And I can honestly say that because of him I am a better man.

"We could all learn a lesson from him how important it is to leave a mark of love on those we meet, to lay down differences and to see similarities, and to serve those around us in any way we can. I love you Daniel, I love you Rebecca, and I pray for your peace in this time of loss."