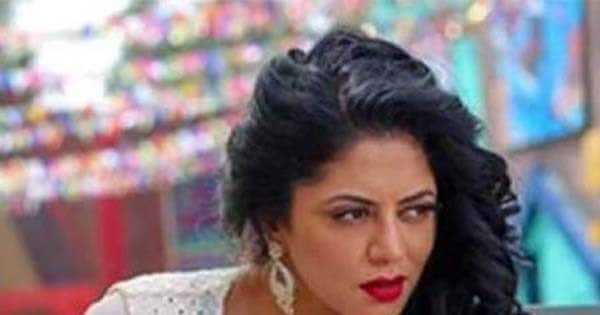 Kavita Kaushik had been picking up fights with all the housemates ever since she entered into Bigg Boss 14 as a wildcard contestant. As the new captain in the house, Kavita went on schooling each and every contestant on how they should behave inside the house. She even used sharp words which many found them as derogatory in nature.

Her major fight happened with Eijaz Khan after he became the captain. Kavita not only called Eijaz a liar and she also blamed him for her lack of friendships with others. She even picked up fights with Rubina Dilaik and Abhinav Shukla over kitchen duties and used bad words against Pavitra Punia saying ‘Mai aise logo ko apne ghar ke bahar bhi na khada karu.’

As a result, Kavita was thrown out of the Bigg Boss 14 house after she received less number of votes from the audience who were disappointed with her behaviour. After a week, Kavita was once again brought back on the show by the makers citing public demand. Before she could step inside the house, Salman Khan schooled her and explained how her actions backfired. Celebrities like Surbhi Chandna, Arti Singh, Vindu Dara Singh and Kamya Punjabi also tried to put some light into Kavita’s head and where she went wrong.

Kavita has once again become the new captain of the house after going through a high endurance test against Jasmin Bhasin. And while many people are happy with her win, there are many others who are unsure about Kavita’s role as a new captain. Some people were of the opinion that Kavita will change her attitude, some felt she will continue to be the same old loud captain as she was before.

In order to determine what majority of the audience feel about Kavita becoming the new captain, we decided to conduct a poll and give viewers a chance to put forth their opinions.

Cast your vote below:

Keep watching this space for latest updates on Bigg Boss 14.