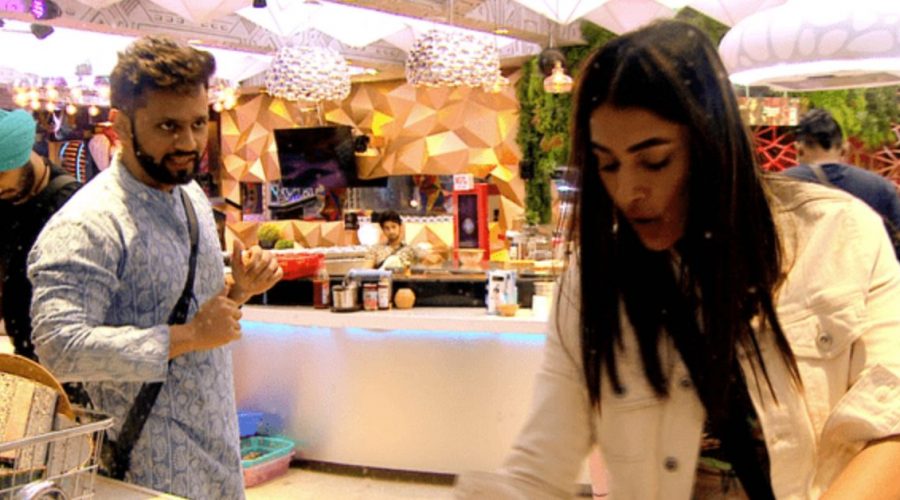 Yet another thrilling Bigg Boss 14 episode is in store for y’all. It’s a weekend and the contestants of Bigg Boss are coming to entertain you yet again. In tonight’s episode, there will be raging fights (nothing new), a musical jugalbandi and a chance for the contestants to spice things up a little more. Talking about the fights, the makers of Bigg Boss dropped a promo a couple of hours ago in which we saw Rahul Vaidya and Pavitra Punia locking horns over something.

As per the promo, Pavitra is highly pissed when Rahul intervenes in her conversation with Jaan Kumar Sanu. The two have a heated exchange and sparks fly off as voices are raised and the two don’t seem to agree with each other. Rahul asks Pavitra to stop behaving like a villain and a bully, while Pavitra tells him to not step into other people’s conversations with a malicious intention. “I get irritated with this man, he is such a stupid, idiot man,’ Pavitra tells Jaan. “Merko aag lag jaati hai. Jab do log baat kar rahe hai to teesre ka beechme ghusne ka matlab nahi banta hai, (I lose it when two people are talking and a third person interrupts without any reason)” she fumes.

On the other hand, Rahul says, “Aap koi nahi hoti mujhe batane wali ki main kab baat karunga. (You are nobody to tell me when to speak)” Pavitra brings their ‘baap’ in their conversation and Rahul asks her to not bring his father in between. “Mera munh, meri marzi jab main kholoon, mujhe mat batao kisse baat karni hai aur kisse baat nahi karni,” Rahul lashes out at Pavitra.

It would be interesting to see what the context of their fight is when we watch the episode tonight. Meanwhile, check out the promo here: