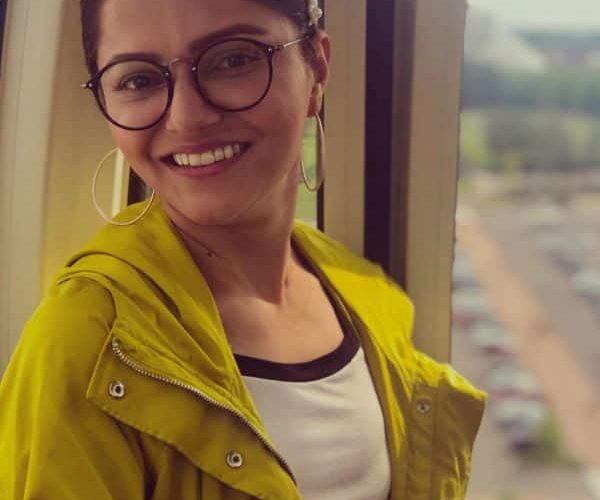 Rubina Dilaik is making a strong impression inside the Bigg Boss 14 house. Before entering the house, she did an interview with Siddharth Kannan, the radio jockey. In her interview, Rubina Dilaik has spoken about how she aspired to make an entry into Bollywood but the step-motherly treatment towards TV actors dented her confidence. She has spoken about how people are judged for everything, except body of work or acting credentials. She said, “TV actor hai? accha kaunsa show kiya, humne to dekha nahi. Aapko aapke background, credentials ya approach like which car are you driving? Are you carrying a Louis Vuitton? If you have Jimmy Choo shoes waisa wala funda tha and I am not brand savvy.” Rubina said she felt she was being judged for these things. The actress said screen tests and everything just did not matter.

The actress also spoke about a terrible humiliating incident with a top filmmaker. She said, “I would not name the director/producer who is a pretty big name in the industry.” It seems the filmmaker asked Rubina if she had watched one particular movie made by him. When the actress replied that she was in school when it released and coming from a small-town, there were restrictions on girls on going alone for the movies. When she told him that she missed out it, he replied, “Really? you don’t know the work I have done? I just feel like farting on your face’.”

Rubina says she was shell-shocked with his statement. It seems he started laughing and she was very uncomfortable in the situation. The filmmaker asked her if she really knew who he was and who was going to give her an opportunity. “And that time the only thing going in my mind was I want to run from here,” she says.

The actress has proved her mettle with shows like Chhoti Bahu and Shakti-Astitva Ke Ehsaas Ki. She said the medium is immaterial for her. She concluded the interview saying, “I don’t want to fan their egos or say ‘Oh wow, Sir, not my cup of tea’. I am happy with my television.”

10/16/2020 Celebrity Comments Off on Bigg Boss 14: ‘I just feel like farting on your face,’ Rubina Dilaik shares horrific experience with a top Bollywood filmmaker
TV & Movies