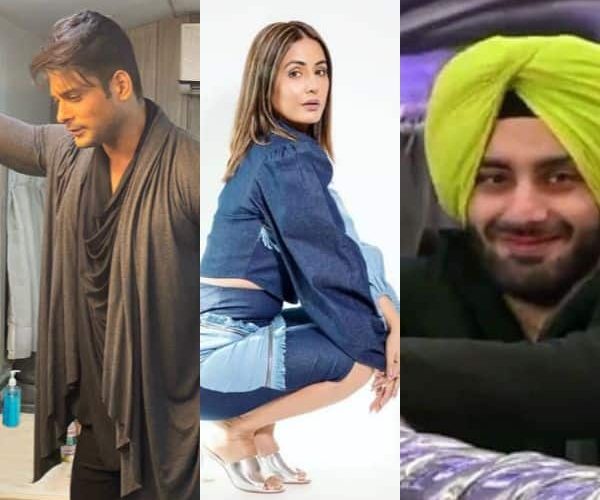 Bigg Boss 14 is turning out to be one helluva season. We can see that the contestants are competitive and know how to hurl verbal volleys. Today, there was a task where the girls had to carry trays filled with glasses. Nikki Tamboli, Jasmin Bhasin and Pavitra Punia were part of the task. Shehzad Deol came in between and dropped the glasses from Jasmin’s tray. This infuriated her, and she ruined the game of the others. In the end, it was only Jasmin Bhasin who was surviving. However, she did not have any drink in her glass. Sidharth Shukla lost his cool on Shehzad Deol. It is understandable that he was trying to help Jasmin Bhasin but Sidharth felt there was no need of him to get in the middle of a task that just involved three girls. He reminded that when people speak about things like respecting women, they should know how to live upto it. Now, the funny fact is that it was Nishant Singh Malkhani who made that statement on the premiere of the show. Sidharth Shukla said that he loses his cool whether it is a man or a woman, but he is always upfront about the same.

In the middle of this, Shehzad Deol got into an argument with Sidharth. Hina Khan stepped in and salvaged the situation. She explained that Shehzad Deol was well within his rights to do what he did on the show. Fans have hailed Hina Khan for being a fair and neutral judge.

Hina Khan was slaying today in the denim dress. She has proved that she has her own point of view, and can be neutral. A lot of people are supporting Shehzad Deol as they feel he played within the rights of the game.