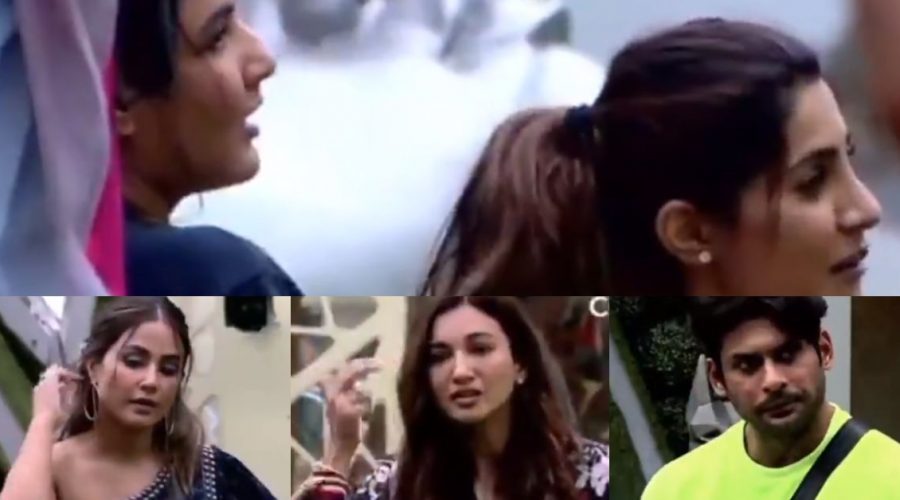 Precap of the last episode of Bigg Boss 14:

Another day bites the dust. It was a thrilling one. to be honest, as we saw contestants fighting for themselves even if against friends. So, Bigg Boss gave the contestants an opportunity to win all of their belonging with a competitive task. In the task, a pair of contestants were pitted against one another, they were given a basket each and had to collect and save maximum balls. Those with the most number of balls in their basket will get all their belongings from the BB mall and the one to lose will lose all of his/her belongings forever. Seniors Sidharth Shukla, Gauahar Khan and Hina Khan are the sanchalaks of the task. It’s been a week and they haven’t had all of their belongings with them and would fight each day to get one of the other things to wear every day. So this was like a golden opportunity for everyone. In the last night’s episode, we saw Pavitra vs Rubina, Eijaz vs Rahul and Nishant vs Shehzad. Pavitra, Eijaz and Nishant won the task. Now remains, Jasmin, Nikki, Abhinav and Jaan.

In the upcoming episode of Bigg Boss 14, we will see, Jasmin and Nikki, locking horns with one another. Both of them fight until the end. Hina and Gauahar guide Jasmin while Sidharth supports Nikki who wants to fight. Eventually, both of their baskets are ripped during the task. Now, this has put the seniors in a fix. Hina and Sidharth lock horns over the result of the game. Neither of them agrees with each others’ opinions and voices are raised. Sidharth says Hina and Gauahar are favouring their favourite contestant and are being partial.

Well, well, well, this is not the first time that the seniors have had differences of opinion. But it would be interesting to see how they come to a conclusion over the task. Meanwhile, check out the promo here:

Share your excitement with us by tweeting to us at @bollywood_life.