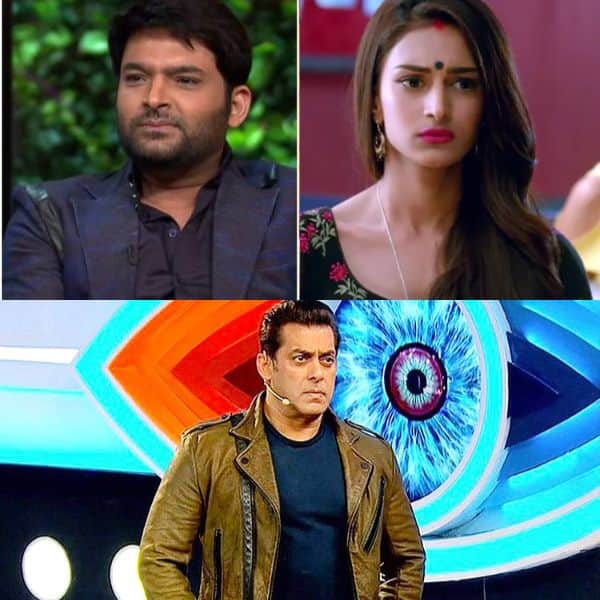 This week quite a lot has happened. The week was quite busy for several reasons, the primary one being the General Lok Sabha Elections 2019 that caught most of our attention. Don’t worry, we are not going to be educating you about the Lok Sabha Elections, here. We are still glued to providing you the most exciting ‘gupp’ (as Priyanka Chopra rightly said on Koffee With Karan) from the world of glamour. Apart from the elections, our favorite TV celebs did quite a lot of things to get our attention. So, although the nation was busy worrying about who our next PM would be, our TV celebs and shows also managed to create a ripple on the small screen.

So, let’s check out which shows made the headlines this week…

Several fans must have been all excited with BollywoodLife’s report stating the return of the popular reality series Bigg Boss. However, the 13th season will be introduced with a few tweaks in the format. For instance, the makers have decided to do away with the inclusion of commoners in the show. The news spread like wildfire and then the show host Salman Khan confirmed to a daily that he would return to host the next season as well.

Another exciting and “good news” came from the doors of Kapil Sharma’s house. The popular comedian who got married to his childhood sweetheart Ginni Chatrath on December 12 last year, is already expecting his first baby. The baby is due in December, maybe around the couple’s marriage anniversary?

Another great news that arrived was that of actress Ankita Lokhande getting married to her longtime beau Vicky Jain. Reportedly, Ankita and Vicky are looking at December or January 2019 as the wedding dates. They have apparently also bought a posh 8-BHK flat in suburban Mumbai.

Ekta Kapoor’s show made headlines all through the week. Right from the fake reports of Erica Fernandes’ exit after another prominent actress Hina Khan taking a break from the show, to the entry of Karan Singh Grover as Mr Bajaj. There were also reports that KSG is quite uncertain about his entry in the show. To top it all, the daily soap also ranked numero uno when the weekly rating reports arrived.

TV actress Rubina Dilaik, currently seen in Shakti, also made headlines courtesy her interview wherein she opened up about her struggle period. The actress spoke about how her debut TV show’s makers didn’t pay her and for some financial support, she had to sell her house. Also, as the week came to an end, Rubina popped up in the news once again, this time with a positive side. The actress along with her hubby Abhinav Shukla is confirmed to participate in the dance reality show Nach Baliye’s upcoming season.