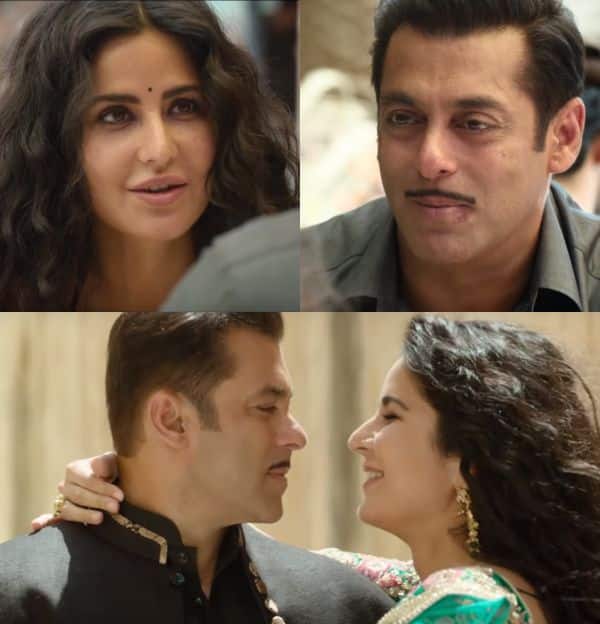 Bharat is hitting theatres on June 5, which is Eid and the wait for the film is getting impossible. People are quite blown over by Katrina Kaif’s performance as the feisty Kumud in the film. The ‘tel’ dialogue has gone viral and how. Katrina with her curly hair, bindi and rustic avatar promises to be the show-stealer of Bharat. Now, Ali Abbas Zafar has shared a video where she directly aks Salman Khan for marriage. He is shaken up by her candour and almost chokes as she mentions the word Shaadi. As we know, in the film Salman (Bharat) and Katrina (Kumud) work together for an oil company. They grow close while working together. This is Ali’s third film with Katrina after Mere Brother Ki Dulhan (2011) and Tiger Zinda Hai (2017).

Well, although Katrina has asked this on screen, we really wonder what would be Bhaijaan’s reaction if Katrina asks him this off-screens! That will be a scene to watch for.

Meanwhile, director Ali Abbas Zafar is quite excited about the movie. While talking to us exclusively the director revealed how he narrated the film script to Salman’s father Salim Khan. “My interaction with Salim uncle has been there since my first film. Every film I make with Salman (Khan), I go and narrate it to Salim Uncle. So whatever suggestions come, come at the script level and he is the master of scripts. So, his contribution has been phenomenal even with Sultan, Tiger Zinda Hai and now Bharat. And it’s always good to have people like him around you because you need people to look at your work critically and tell you where you’re going right and where you’re going wrong,” he said. Not just that, when asked about the screenwriter’s first reaction, he recalled and stated, “He just said that ‘you care of one thing and that’s the emotion. Everything else will work.’”

With just a few days left for the release of the movie, the excitement for the movie is at its peak.