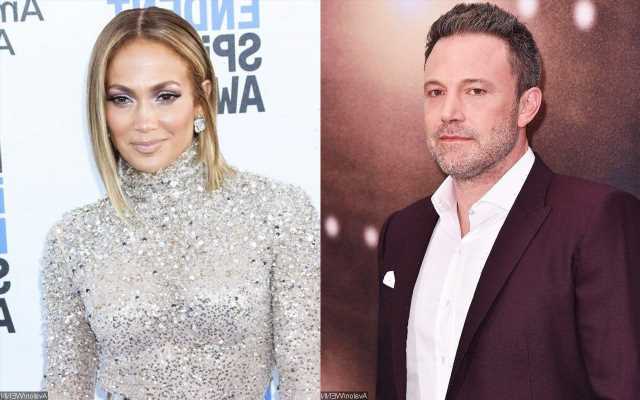 The ‘Justice League’ actor has reportedly shielded the ‘On the Floor’ hitmaker from an overzealous fan who tried to grab her for a selfie during their red carpet debut as a couple.

AceShowbiz –Ben Affleck played bodyguard to Jennifer Lopez on Saturday (11Sep21) when an overzealous fan tried to grab a selfie with the singer and actress.

The couple was at the airport heading out of Venice, Italy following the premiere of Ben’s new movie “The Last Duel” at the city’s film festival when the man lunged at the pair, hoping to get a shot with J.Lo.

Affleck was forced to restrain the fan before a real bodyguard could take over and keep him away from the stars.

The reunited Ben and Jen made their red carpet debut at the Venice Film Festival on Friday and thrilled fans by holding hands and waving as they left the premiere in a water taxi.

The couple packed on PDA, sharing a smooch for the cameras during the red carpet appearance. She looked gorgeous in a white dress with a plunging neckline while he was dapper in his designer suit.

They rekindled their romance following her split from Alex Rodriguez. She has since unfollowed A-Rod on Instagram and removed all of his traces from her page.

Rumor has it, J.Lo also cut him as a business partner. “She will have to sell her side of the company or buy him out,” a source said.

On top that, she has seemingly returned the expensive car gifted by her former fiance.

As her romance with Ben Affleck heated, the lovebirds were reported to look for a new house in Los Angeles to move into together. Meanwhile, A-Rod revealed he searched for a new home in New York.