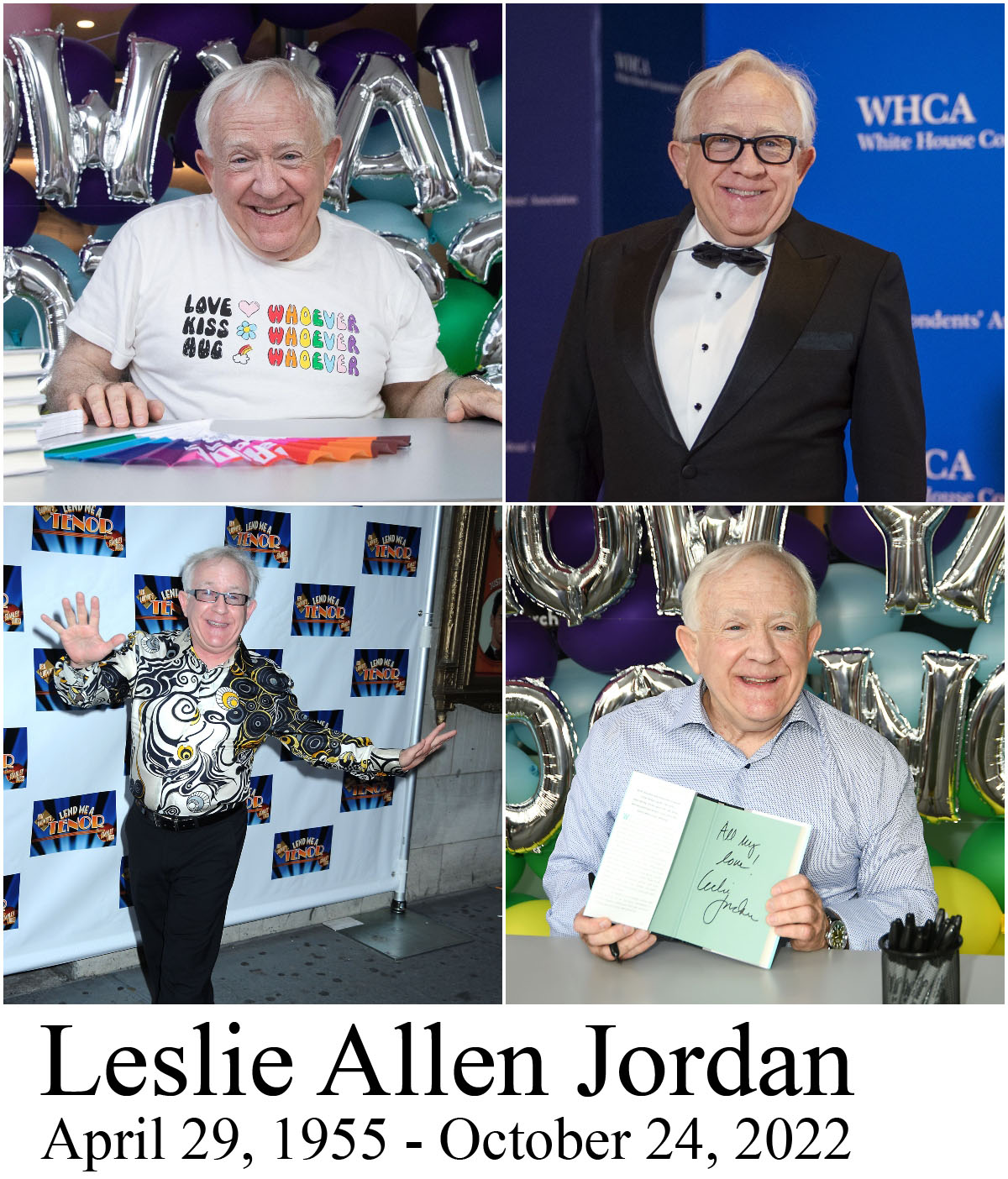 Iconic actor Leslie Jordan has passed away at the young and sassy age of 67. He died yesterday following a car accident in which he was the driver and only person injured. It’s thought that he had a medical emergency which caused the crash. He was a prolific Emmy-winning character actor, theater performer, playwright and beloved personality. He gained millions of fans with his hilarious and heartwarming social media posts early in lockdown. Leslie was incomparable, joyful, lovely and raucously funny and he will be so missed. Here’s some of People’s writeup on Leslie.

Leslie Jordan has died, PEOPLE has confirmed. He was 67.

“The world is definitely a much darker place today without the love and light of Leslie Jordan,” his agent David Shaul shared in a statement to PEOPLE. “Not only was he a mega talent and joy to work with, but he provided an emotional sanctuary to the nation at one of its most difficult times. What he lacked in height he made up for in generosity and greatness as a son, brother, artist, comedian, partner and human being. Knowing that he has left the world at the height of both his professional and personal life is the only solace one can have today.”

Jordan died in a car crash in Hollywood, California, after an apparent medical emergency, TMZ first reported. The LAPD confirmed to PEOPLE that the accident occurred at around 9:30 a.m. local time on Monday morning.

Jordan’s death was also confirmed via his official Instagram on Monday afternoon, with a brief statement teasing that Jordan was still working in final days.

“The love and light that Leslie shared will never go out and we invite you to share their memories and comfort each other during this time,” the post read. “In the coming days we will be giving a glimpse of a project Leslie was really proud of and was looking forward to sharing with the world.”

Leslie was starring in the Fox sitcom Call Me Kat, the third season of which is airing now. He filmed 9 episodes for this season and production has halted following his death. People points out that Leslie was sober for over 20 years. He faced so much adversity as a gay man growing up in the south and yet he came out at 12 and was unapologetically himself. This is an incredibly hard story to write and we’re all gutted that we lost Leslie. I know him best from Will and Grace and he won me over on Instagram with his humor, light and laughter. The world will never have another Leslie Jordan and we are all greater for having known him.

This is making me both laugh and cry at the same time. We love you Leslie and we’ll miss you.