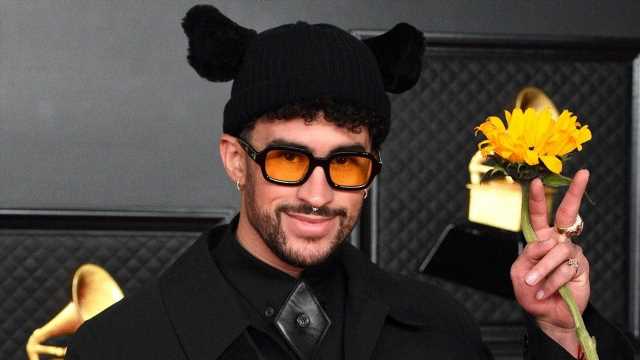 “Yonaguni,” named after an island in Japan, fuses rhythms of reggaetón with a calm, chill melody. Bad Bunny first teased a trailer of the music video, which featured him sitting at a restaurant, pouring himself a glass of wine and then walking out.

The GRAMMY winner released the song’s music video on Thursday night, which shows that same scene, before it transitions to him walking up at a hotel and making breakfast. He’s also seen walking a number of dogs, playing video games, doing yoga and getting a Pokémon GO tattoo, among other activities.

He sings about trying to forget a past love, but when he drinks he always thinks about them. The video, directed by Stillz, ends with an animated Bad Bunny singing in Japanese.

Fans will soon get to hear Bad Bunny’s new music in person, as he announced his upcoming 25-city North American tour in April. Dates kick off in 2022.

“I think that right now my biggest dream is to make a concert with a lot of people,” Bad Bunny told ET last November. “That’s the only thing I want. I know that it’s hard, but that’s my only goal right now, really,” he shares.

See more on Bad Bunny in the video below.