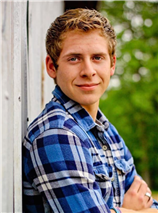 Right now, all eyes are on Josh Duggar, his arrest, and his family … and their roles as enablers.

Some Duggars are firmly Team Josh. Others in the family have made unsubtle calls for justice.

So when a member of the Duggar family is going to be testifying in court, that gets some notice.

But not everything is about Josh. Austin Forsyth has his own legal troubles.

Joy-Anna Duggar is married to Austin Forsyth, which … is not new information.

We also already knew that her 27-year-old husband is being sued.

The suit was brought in October of 2019.

Austin is being sued for alleged fraud and negligence.

He renovated and sold a home, one whose new owners are unhappy.

They accuse him of not getting the proper permits for the home’s septic system.

Now, a year and a half later, The Sun has gotten a hold of current court documents.

The homeowners who brought forward the suit have provided the court with their list of witnesses.

One of the witnesses who will be called to the stand will be Austin.

(This is not a criminal trial, so yes, they can just do that)

The plaintiffs themselves also intend to testify, as well as to hear testimony from experts.

Evidence to be presented at the trial will include the real estate contract.

This was an agreement between Austin and the homeowners.

Additionally, evidence will include a septic system evaluation.

Given the nature of the lawsuit, the trial is expected to last all of one day.

The presence of the jury is by request of the two plaintiffs, who brought the suit.

So what happened is that the two homeowners purchased the home in June of 2018.

Unfortunately, it was not long after that they allegedly discovered a problem with their purchase.

Shortly after making the purchase, court records show that the buyers detected … a bad smell.

Specifically, “an unmistakable foul odor of human waste emanated from their yard.”

That is simply never a good thing.

Allegedly, the smell was “constant and unbearable.”

Furthermore, the situation was both “unsanitary and downright disgusting.”

Regrettably, one member of the family was more directly impacted.

The buyers reported that their dog “became ill” after drinking “water” in the yard.

Some research and an expert consultation told them that the septic system that was installed was unsuitable for the type of land.

Unfortunately, purchasing and installing the correct type of system for their property would be “extremely expensive.”

Court papers say that the Washington County Health Department is supposed to issue a certificate or permit for any property sold with a septic system.

This can be an annoying piece of red tape to many, but like most safety requirements, exists for a reason.

Unfortunately, court documents claim that Austin obtained nothing of the sort … but claimed to have received all of the necessary permits.

So, to be clear, the claim is not merely that the septic system is bad and was the wrong kind for the property.

It is also that Austin never obtained proper certification for the system and the property.

Additionally, the plaintiffs are claiming that Austin falsely stated that all of the necessary permits were there, and that everything was up to code.

So how expensive would it be to get a new septic tank?

The plaintiffs report that this will cost them over $20,000.

It is unclear if installation (and safe removal of the old system) are included in that estimate.

Interestingly, Austin’s formal response to the lawsuit does not necessarily refute all points.

Rather, he alleges that he was “not required to obtain a permit.”

He also insists that he committed neither fraud nor negligence.

Many of the details of this case are gross, but it is almost a relief to discuss raw sewage when it comes to the Duggars right now.

In contrast, Josh Duggar is accused of disturbing crimes related to the abuse and ruined lives of little children.

Fatigued and sickened fans who follow news about the Duggars may consider Austin’s troubles a welcome topic.