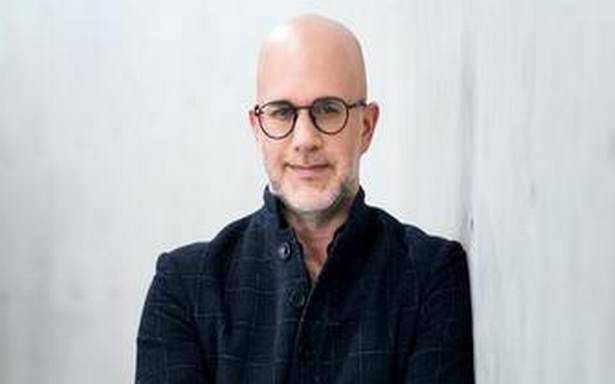 The trend of men and women sharing fashion (and watches) across collections is going to continue, says Audemars Piguet’s head of complications, Michael Friedman

Michael L Friedman, known around the world for his lectures on fine horology, leaves no stone unturned when he discusses Audemars Piguet’s equal opportunity strategy. Take for instance, the AP Houses in key cities around the world, luxe private lounges for customers and friends of the brand. “What we offer to women at AP Houses, we offer just the same to men,” says Friedman. “Now if you are asking me if we were thinking of an exclusive watch like we did with the Royal Oak Platinum Watch 39 mm with Green Dial, I would say that watch was already created for both men and women!”

The head of complications at this highly successful family-owned watch business, goes on to highlight last year’s Royal Oak Concept Frosted Gold Flying Tourbillon with its contemporary 3D dial and optical illusion. “The demographic was as diverse as the entire collector base of Audemars Piguet itself. We had buyers, enthusiasts and collectors from the early 20s all the way into the 60s and 70s who acquire rare watches across collections. Of course, this watch was initially designed keeping women in mind but we had several men who gravitated immediately to it as well. That is a very healthy reaction that we would like to see, especially on complications.”

Which brings us to the trend of gender-neutral marketing among watch manufactures today. “I don’t think this is limited to watchmaking. When we look at fashion trends for men and women, we are starting to see the lines being blurred. We have to remember that wearing a watch or an ensemble is ultimately about identity. There are always going to be watches that are clearly and unapologetically feminine and those that are skewed far more to masculine but I feel strongly that this sharing across collections is going to continue.”

The former head of watches at Christie’s, Friedman, now in his mid-40s, has been especially busy during the pandemic. There was the official opening of the independent brand’s Musée Atelier Audemars Piguet last year, showcasing more than two centuries of watchmaking with over 300 iconic pieces on display and access to the Grande Complication workshop.

And more recently — last month — the Royal Oak Concept Flying Tourbillon collection for women was launched. Six 38.5mm entries, with the flying tourbillon complication at the 6 o’clock position and a rare view of the coiled mainspring at 11 o’clock, proved the brand was serious about the compact option that is now also being pursued by men. There will be more to come, we suppose, at Dubai Watch Week later this month. Friedman won’t be able to attend as he has “a baby on the way” but says he will be there in spirit for what is going to be a celebration of “atmosphere, storytelling, materials, and a little futurism”.

Edited excerpts from the interview:

What were the biggest turning points in AP’s women’s watch history?

Audemars Piguet has had many moments throughout its history when women’s watches specifically could be highlighted. The watches of the 1890’s with minute repeaters are of course the centrepieces of the museum today and are very sought after by collectors when they do emerge in the market. So right from the beginning, we were focussing on women’s watches, with and without complications.

What are you learning about women and the trend in watch sizes?

Today when you look at [collectors of] Audemars Piguet in 39 mm, many women are gravitating towards those watches while men are gravitating to the 37mm, initially designed with women in mind. I was at a client’s dinner in London a few weeks ago and there was a man wearing the new 34mm ceramic watch on his wrist. He happened to be a vintage collector who likes very small sizes so we must keep [this] in mind as well. Many women are buying watches across the entire collection, both very feminine watches in smaller sizes all the way up to the larger format watches that we associate with a masculine aesthetic. But an increasing number of men are becoming passionately interested in watches that have far more feminine touch points.

(Top) This wristwatch from 1970, equipped with Calibre 2430, combines a pioneering oval case with a grossular garnet dial, and an 18-carat yellow gold rope twist bracelet, and (below)the AP Sapphire Orbe from 2019, named after the river that crosses Le Brassus

What have Royal Oak fans requested repeatedly during the pandemic?

There had been a great demand to see a Royal Oak Supersonnerie and we were proud to design and introduce that watch very recently. We have this titanium version with a grey smoked dial. Also, there is a lot of speculation around how we will be celebrating the 50th anniversary of the Royal Oak next year. [Let me say] that what we are going to be introducing in 2022 is just the beginning!

11/12/2021 Celebrity Comments Off on Audemars Piguet: what’s yours is mine
India