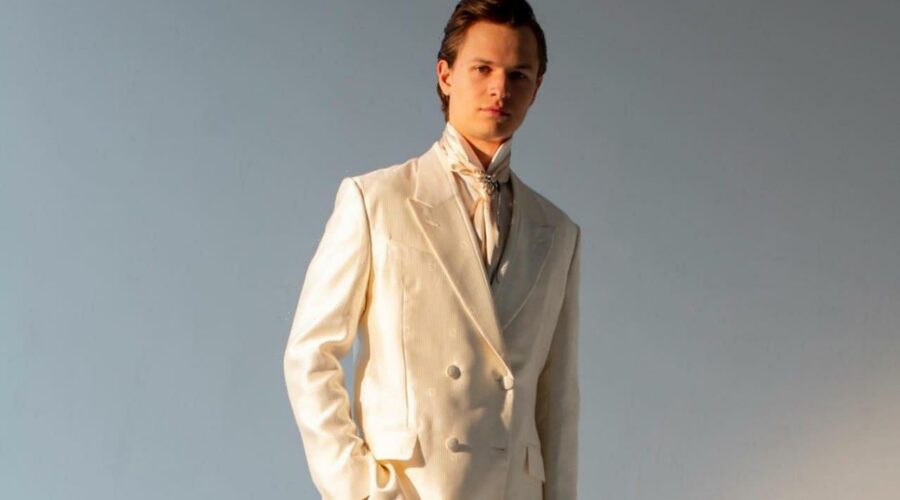 The ‘West Side Story’ star was previously accused of sexual assault in June 2020 by a woman named Gabby, who claimed she was left ‘sobbing in pain’ during the alleged encounter.

AceShowbiz –Ansel Elgort has treated his fans to a surprisingly risque photo. Making use of his social media platform, the “West Side Story” actor casually posted an image of himself naked after being hit with sexual assault accusations.

On Thursday, July 7, the 28-year-old actor turned to Instagram Story to share a photo, which appeared to have been taken during his vacation to Paris, France. In the said picture, he could be seen sitting with his legs crossed on a white lawn chair with charcoal slats.

Ansel appeared to be naked, though he covered up his modesty by draping a red set of athletic shorts over his lower half. “The Fault in Our Stars” star sported shaggy brown hair and a wispy goatee. He also had a silver Cuban links chain and a thick strand of shells draped around his neck.

The cheeky snapshot came two years after Ansel was accused of sexually assaulting a woman named Gabby. Back in June 2020, Gabby claimed that she was left “sobbing in pain” during the alleged encounter. “I WASNT there in that moment mentally. I disassociated myself and just felt like my mind was gone I was in shock I couldn’t leave,” she insisted.

Gabby later added that she had to seek out professional help as she suffered from “panic attacks.” She also explained that coming forward helped her to “finally heal.”

Responding to the accusations, Ansel went on to confirm the encounter happened but insisted that their relationship was “legal and entirely consensual.” The “Baby Driver” star wrote, “I cannot claim to understand Gabby’s feelings but her description of events is simply not what happened.”

“I have never and would never assault anyone. What is true is that in New York in 2014, when I was 20, Gabby and I had a brief, legal and entirely consensual relationship,” he continued, before suggesting that a messy breakup was to blame for Gabby’s ill feelings.

“Unfortunately, I did not handle the breakup well,” Ansel explained. “I stopped responding to her, which is an immature and cruel thing to do to someone. I know this belated apology does not absolve me of my unacceptable behavior when I disappeared. As I look back on my attitude, I am disgusted and deeply ashamed of the way I acted,” he admitted. “I am truly sorry.”