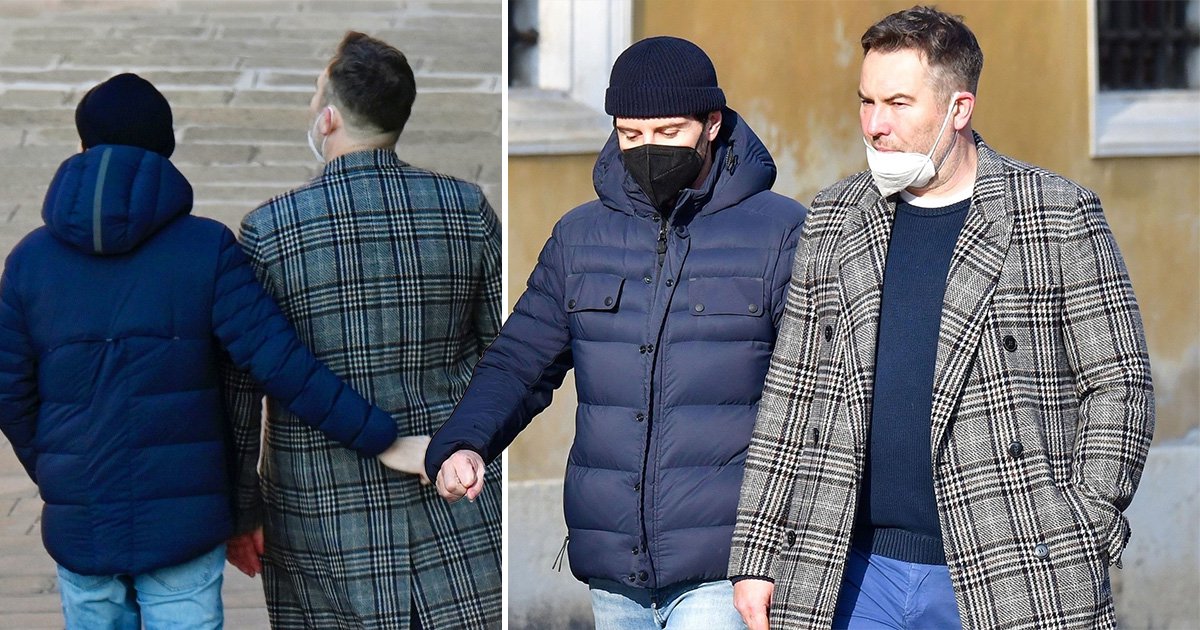 Fleabag star Andrew Scott has been spotted enjoying a break in Venice with Pride writer Stephen Beresford, who he split from in 2019.

The pair, who had previously dated for a decade, looked to be on great terms, as they wandered around the gorgeous Italian city, wrapping up for the cold weather.

Andrew, 45, was seen placing an arm around Stephen’s back as they enjoyed a walk, with both of them wearing masks amid the Covid-19 pandemic.

The Fleabag actor is currently in Italy filming his new show Ripley alongside stars including Dakota Fanning.

Based on the novels by Patricia Highsmith, the series is set in the 1960s and follows Tom Ripley (Andrew), who is hired by a wealthy man to begin a complex life of deceit, fraud and murder.

Dakota was also spotted enjoying the Venice sights with friends, as the actors made the most of a break from filming.

Andrew, who also starred in Sherlock as Jim Moriarty, previously opened up about his view on relationships shortly after his split from Stephen, saying on the How To Fail podcast: ‘My life is different now.

Meanwhile, the pair worked together back in 2014, with Andrew starring in the film Pride, which was written by Stephen.

The writer told Metro.co.uk last year of his star-studded cast: ‘Pride is unique in that it’s the only thing I’ve ever done where every single actor who was asked to play a part said yes straight away.

‘In most cases, you ask somebody and they say no and you ask somebody else, you cast it that way. In this film, Imelda [Staunton] came on, Bill [Nighy] came on, Dominic [West] – there wasn’t anyone that we wanted that turned it down. And that’s kind of amazing really.’

Metro.co.uk has contacted reps for Andrew Scott and Stephen Beresford for comment.